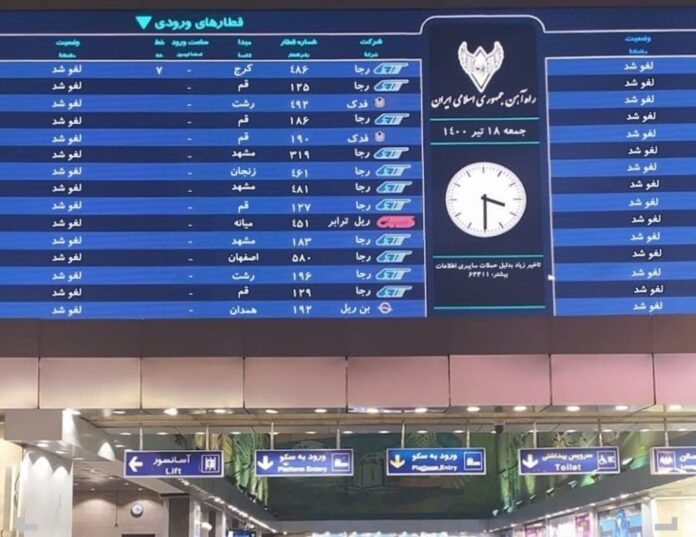 An apparent cyberattack has delayed Iran’s train services and created an unprecedented chaos in the country’s stations.

A picture taken at Tehran’s train station, released by the IRGC-affiliated Fars news agency, shows the electronic boards which show all the trips have been cancelled.

On the board, the hackers have posted the phone number of the office of Iran’s Supreme Leader as the number to call for more information.

The apparent cyber-attack disrupted the operation of ticket offices, the national railway’s website and cargo services.

Hundreds of trains have been delayed or cancelled, and luggage control systems were shut down.

However, railway officials say the problem has only affected the electronic system, and the trains are resuming their trips in a slower pace using a manual system.