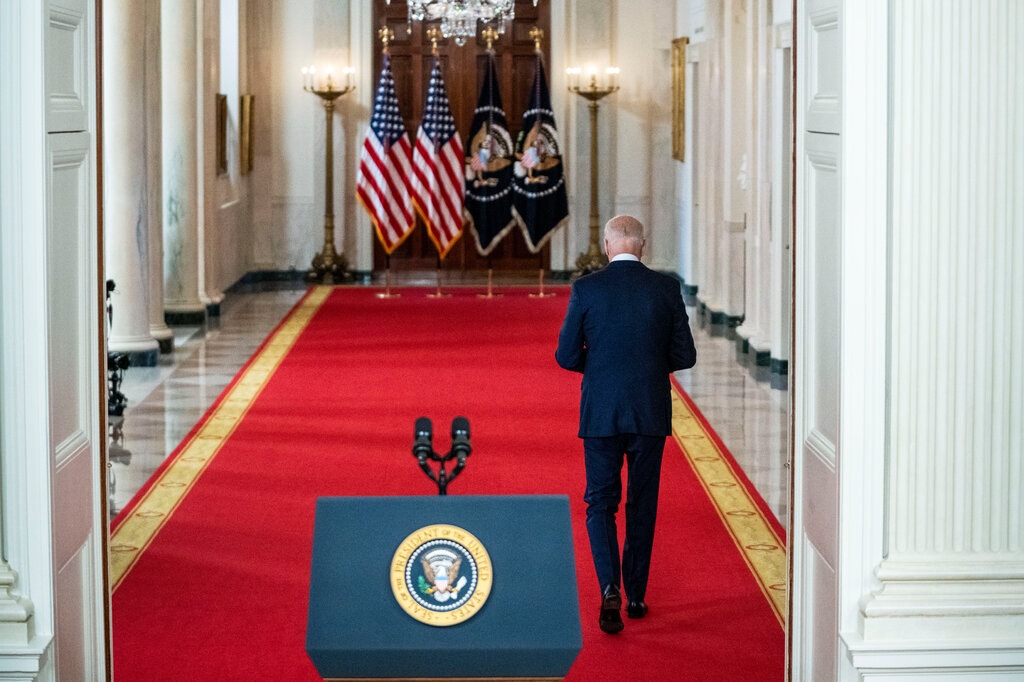 US President Joe Biden’s approval rating after eight months in office has dipped to 44 percent, according to a new Pew Research Center poll.

Forty-four percent of American adults approve of Biden’s handling of his job while 53 percent disapprove, according to the poll, a sharp decline in his poll numbers since July.

Two months ago, Pew found that 55 percent approved of Biden’s handling of his job as president and 43 percent disapproved. Biden has seen his approval rating among Democrats and Democratic-leaning independents drop 13 percentage points since then, declining from 88 percent to 75 percent. His support among Republicans and Republican-leaning independents has declined from 17 percent to 9 percent.

Overall, confidence in elected officials of both parties is declining, according to the Pew poll.

Biden has entered a difficult stretch of his presidency as his White House has grappled with a resurgence of coronavirus infections among the millions of Americans who remain unvaccinated and a chaotic U.S. military withdrawal from Afghanistan.

The White House is also trying to unite Democrats behind passing Biden’s economic agenda in totality, which has proven increasingly difficult as moderates and progressives have sparred over the substance, size and timing of the packages.

The poll does have some good news for Biden — it finds his economic proposals to be largely popular among the public, consistent with past polling. According to Pew, 51 percent of respondents said they support the Senate-passed $1.2 trillion bipartisan infrastructure bill, while only 20 percent oppose; the remaining 29 percent are unsure.

Meanwhile, 49 percent favor the $3.5 trillion budget package, while only 25 percent oppose and the remaining 25 percent are unsure.

On specific issues, Biden has seen confidence in his handling of the coronavirus decline from 65 percent in March to 51 percent — still a majority — in the most recent poll. Forty-eight percent are somewhat or very confident he will make good decisions on economic policy, whereas 51 percent not at all or not too confident.

The Pew survey comes on the heels of Biden hitting an in-office low 43 percent approval rating in a Gallup poll out earlier this week.