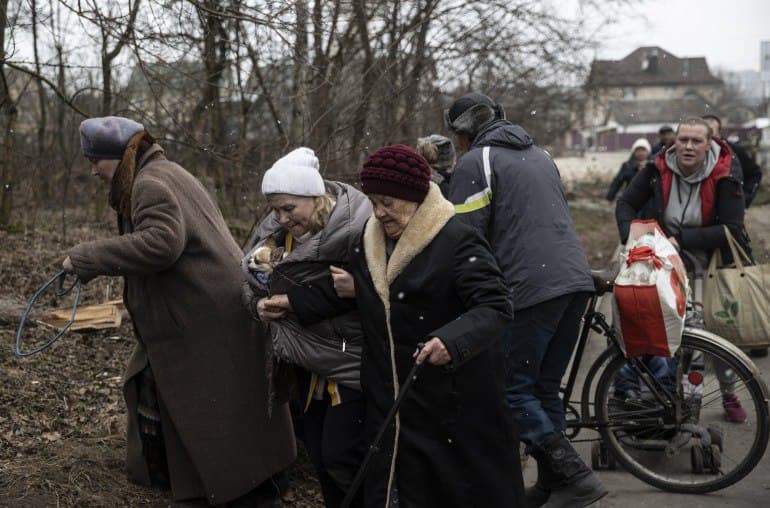 An opinion poll shows that 71.6% of people in the Iranian capital Tehran are pursuing developments in the Ukraine war.

The poll conducted by the Islamic Republic News Agency (IRNA) also found that 54.2% of the respondents are concerned that this war will have an adverse impact on Iran’s economy while 49.9% say the conflict will affect the Iran-P4+1 negotiations.

The survey also shows 17.7% of those polled believe Iran will get dragged into the conflict between Russia and Ukraine and 57.9% rule this out.

The war in Ukraine has drawn widespread reactions worldwide. People in many countries have held anti-war protests.

Feelings about who is at fault for the conflict is mixed though, with some pinning the blame on Russia and others on the US and the West.

The anti-Russia camp says Russian President Vladimir Putin nurtures expansionist motives while the other side maintains it was US-led NATO that provoked Russia to attack Ukraine by creeping closer toward Russian borders.