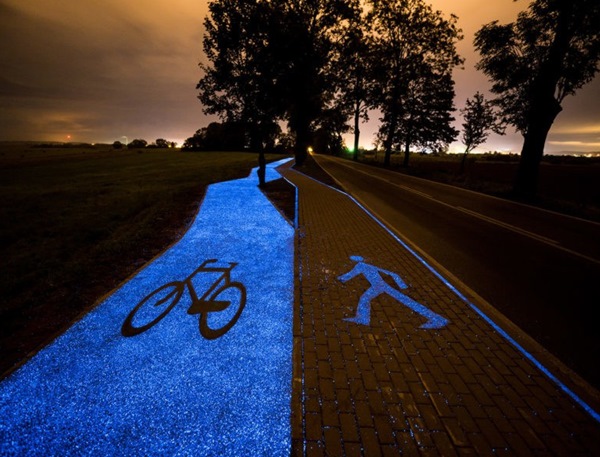 Poland—home to some of the most bike-friendly cities in the world—unveiled a gorgeous, glowing bike path near Lidzbark Warminski in the Mazury region last week to help night-time cyclists get from A to B.

Poland can do some cool stuff. To wit: this cool bike path in a town called Pruszków. The path is made of a light-emitting material that charges in the sun and can glow for up to 10 hours in the dark, bathing cyclists in a calming blue glow.

The 100-meter track, created by construction company TPA Instytut Badan Technicznych, is still in test phase, as reported by Polish media, and covered by Khabar Online. 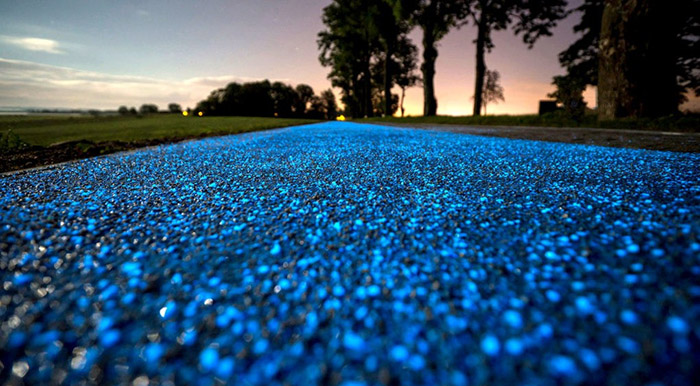 Next Nature Network reported that the bike path illuminates at night thanks to blue luminophores, a synthetic material that emits light after being charged by the sun. The colour blue was chosen for the path because the engineers thought it would best suit the scenic Mazury landscape.

TPA president Ruttmar told Polish publication Gazeta Wyborcza that the material used for their track can emit light for more than 10 hours, meaning it can radiate throughout the whole night and re-charge the next day as it absorbs the sun’s rays. 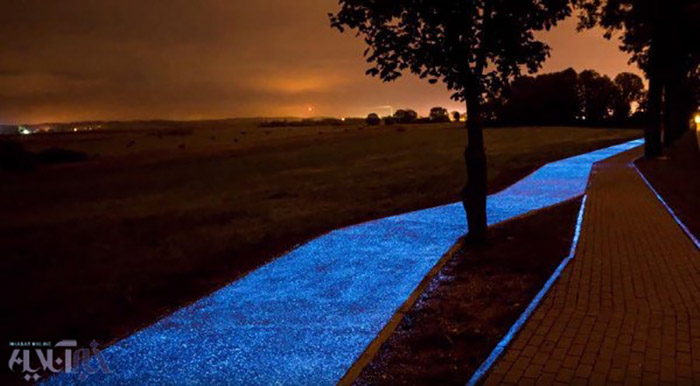 The company that made it, TPA sp. z o.o is an engineering firm focused on future tech. They expect this sort of road to be useful in larger projects – highways, say – but for now they’re limiting it to bike paths until they can test the material in the wild. They said that this type of path may be installed in Warsaw soon and that it can glow in multiple colours.