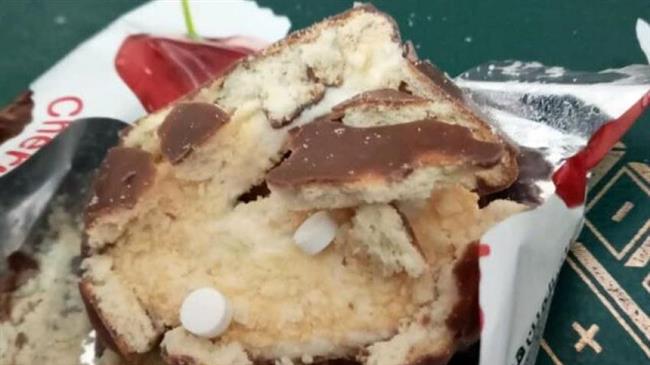 Iran has described as an act of “sabotage” drugs intentionally inserted in various Iranian confectionery products, saying its food industry was targeted in a bid to spread “terror.”

The remarks by the country’s Food and Drug Organization spokesperson, Kianoush Jahanpour, came on Saturday after inserted drugs had been found in the products of up to 12 Iranian confectionery brands.

“It’s the standing of the whole food and confectionery industry that has been targeted as one of the country’s excelling industries,” he said.

Jahanpour added the drugs had “not undergone any changes in their color and composition, signaling that the drugs were placed in various packages after production and during distribution stages.”

No narcotics or rumored aluminum phosphide tablets have been found inserted in any of the products, the spokesperson noted.

“Most of the examined drugs have been household drugs such as acetaminophen, brufen, cetirizine, hydroxyzine, metoclopramide and even empty blister packs.”

The drugs have so far led to the intoxication of limited number of people. No fatalities have been reported.

Sabotaged products have so far been confirmed to have been found in Iran’s eastern provinces of Kerman, Hormozgan, Sistan and Baluchistan near the Pakistani border and the western Ilam province, which borders Iraq, according to officials.

Mohammad Hossein Azizi, who is in charge of the health Ministry’s oversight of food products, said no inserted drugs have been discovered in the country’s northern provinces and that all confirmed cases happened in the south.

The total number of instances of drugs placed in the confectionery products has been “very low,” Azizi said without further elaborating on the numbers.

According to inspections, he said, no instances were reported from factory-sealed confectionery products and that all reported cases had been found in previously opened packages.

The ministry’s food oversight chief added that the act of sabotage could have been perpetrated by elements “within or outside the country”.

“Observations show that this has been a purposeful attempt to disturb public opinion and the police and security forces are following up on the matter,” Azizi said.

The mysterious emergence of inserted drugs in various Iranian confectionery products comes as Iran’s food industry is regarded as one of the country’s booming industries, enjoying exports to a wide range of countries despite US-imposed sanctions.

Iran’s sweet exports account for half of the Iranian food industry’s exports, according to reports.

The Iranian government has so far also been relatively successful in shielding the food industry from sanctions and ensuring that vital food product prices remain low and accessible for the general public.

The developments come as Washington, along with its regional allies, seeks to pressure Iran by waging a campaign of “maximum pressure” primarily by imposing a robust sanctions regime against the country following the Trump administration’s withdrawal from the 2015 nuclear deal last year.

Earlier this year, US Secretary of State Mike Pompeo said that Tehran had to listen to Washington “if they want their people to eat”.