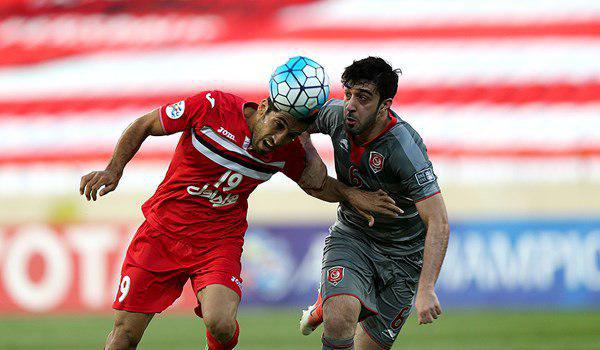 Persepolis football team of Iran was held to a goalless draw by Lekhwiya of Qatar in the first leg of the 2017 AFC Champions League Round of 16 on Tuesday.

In the match held behind the closed doors of Tehran’s Azadi Stadium due to spectators misconduct at the club’s ACL Group Stage match against Al Wahda (UAE), Persepolis was the better team but failed to take advantage of its chances.

The tournament’s leading marksman Mehdi Taremi missed a penalty in the 82nd minute.

The Qatari team goalkeeper Qasem Burhan made a good save when he got down low to deny Vahid Amiri from close range with four minutes to play to leave the tie finely balanced ahead of the return fixture in Doha next Tuesday.