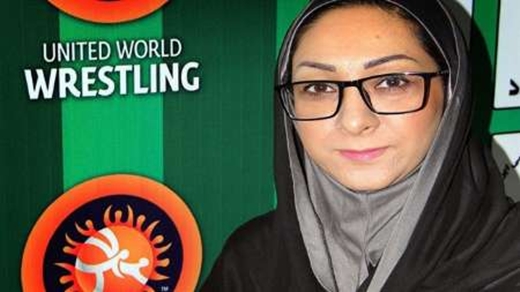 Panahizadeh, who runs the International Department for the Iranian Wrestling Federation, becomes the first Iranian woman to serve on a United World Wrestling commission.

Panahizadeh, who runs the International Department for the Iranian Wrestling Federation in Tehran, becomes the first Iranian woman to serve on a United World Wrestling commission, unitedworldwrestling.org wrote.

‘We are pleased to have Ms. Panahizadeh join our wrestling family,’ said Lalovic.

‘We fully expect her expertise and passion for the sport to influence the participation of women athletes around the world. Wrestling will be well served to have her voice.’

The Women and Sport Commission is responsible for overseeing the development of women’s wrestling around the world.

‘Wrestling is the national sport of Iran,’ said Ms. Panahizadeh. ‘During our history, Iranian women and men have loved wrestling and wrestling’s heroes are part of their heritage.’

The appointment of Panahizadeh occurred as a direct result of United World Wrestling’s recent Super 8 campaign, which highlighted the role of women in wrestling. The campaign brought together leading voices within sport and helped improved the representation of female athletes around the world, including developing countries like Iran who sent Panahizadeh to the Super 8 announcement in January.

‘Today women are provided a chance to take part in wrestling in accordance to our religious and cultural values. I am sure that with cooperation of other members of the commission we can help bring even more women to the sport of wrestling,’ Panahizadeh said.