Shargh studies how the Iranian economy can effectively respond to an OPEC decision not to cut the production quotas of its members.

A recent meeting of the Organization of the Petroleum Exporting Countries (OPEC) failed to lower its crude output. The reason is not simple to explain. Whether the decision was the result of unknown aspects of political or economic gamesmanship, refusal to cut production has had a shattering impact on jittery world markets, sending prices tumbling. The plunge is still continuing and the market remains on edge, thanks to the psychological impact of the status-quo strategy.

Shargh newspaper on November 29 ran an opinion piece by Seyyed Hamid Hosseini, the former chairman of the board at the Association of Iranian Exporters of Oil, Gas and Petrochemical Products, who is not pleased with the OPEC session, saying it achieved nothing. What comes below is a partial translation of the piece:

[…] Nothing came out of the recent OPEC meeting. That a politically charged atmosphere prevailed in the Vienna session contributed to the inconclusiveness of the gathering. The nuclear talks between Iran and P5+1 in Vienna, an unexpected trip by Saudi Foreign Minister Prince Saud Al-Faisal to the Austrian capital, his consultations there over Iran’s nuclear program and Putin’s refusal to meet him all helped sour the climate. (Russia, Iran and Venezuela were calling for a cut in oil production).

Better results could have been produced if other tactics had been adopted to soften the atmosphere. This proves that when it comes to international questions, extensive lobbying is needed, and efforts should be made to prepare the region and help regional states figure out where they stand.

If not, it would be harder for those seeking “change” to get results than for those countries which are merely trying to maintain the status quo.

Another question which arises here in Iran is the budget deficit. In spite of plummeting crude prices, the country’s budget deficit which is projected to run into $3 billion won’t be much of a problem since Iran is hopeful to earn around $11.7 billion in tax revenues. In addition, Iran can tap into its development budget which is somewhere in the neighborhood of $10.5 billion to make up for the budget deficit.

There is no denying that the government budget has no impact whatsoever on the economic condition in the country. A wealthy, interventionist government does more harm than a government which is short of cash and has no intention of meddling in the economy.

If Iran can leave behind the current tough times, next year [starting March 21, 2015] the government will have tools such as targeted subsidies and increases in foreign exchange and energy prices at its disposal to ride out the budgetary storm.

Besides, with the nuclear talks seem more likely to result in a deal, the psychological effects of sanctions will be undone and countries will begin to ask for imports of Iran’s oil. And finally, strict conditions on other fronts would ease even before the conclusion of a comprehensive nuclear deal. 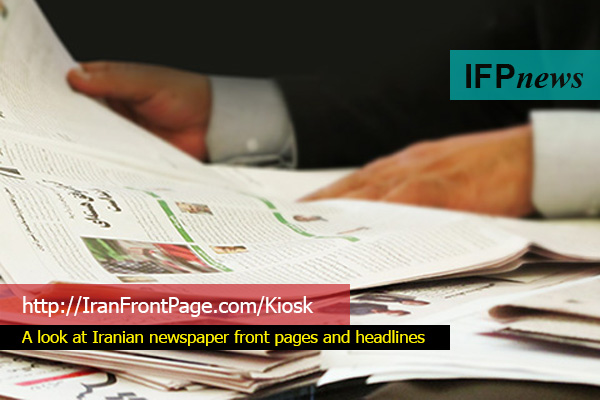