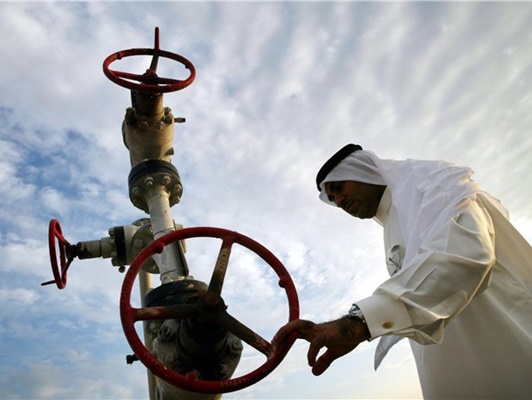 The United States has began exporting natural gas to the Middle East, according to a media report.

According to a report covered by IRNA, two cargoes of US shale gas liquefied at Cheniere Energy’s Sabine Pass terminal in Louisiana were exported to Kuwait. A third went to the United Arab Emirates. Jordan imported two more.

Kuwait and the UAE are two of the most petroleum-rich countries on earth, with a combined 12% of global oil and 4% of global gas reserves.

The usual narrative suggests that America is dependent on the Middle East for energy, not the other way around. President-elect Trump is even suggesting Washington will reduce its dependence by halting imports from Saudi Arabia.

Why would Kuwait and UAE need American gas? They sit in a region that holds more than 40% of global gas. Iran alone owns 18% of known reserves. Qatar has 13%.

And, just 90 miles from Kuwait City, Iraq flares off 700 million cubic feet per day of asso1ciated gas from its southern oilfields. Estimates put the value of the wasted gas at $1.8 billion per year.

Even though Kuwait and the UAE each hold more than 100 years of gas reserves at current rates of production, they are genuinely short on natural gas.

The root cause is government subsidies that fix domestic natural gas prices at very low levels – less than $2 per million BTUs. At those prices, demand for gas is rampant. So is demand for electricity, which is also subsidized.

But with prices fixed at a dollar or two, nobody wants to invest in natural gas production. There is no money in it, as reported by Forbes.

Kuwait and the UAE have also been frustrated in their attempts to import gas from their neighbors. Some of this is politics. Neither country has good relations with Iran. A gas pipeline crossing Persian Gulf from Iran to the UAE sits unused because the two countries cannot agree on a price.

Kuwait and Iraq are not on speaking terms. And Kuwait’s attempt to import gas from Qatar has been blocked by Saudi Arabia, which refused permission for a pipeline to cross its territorial waters.