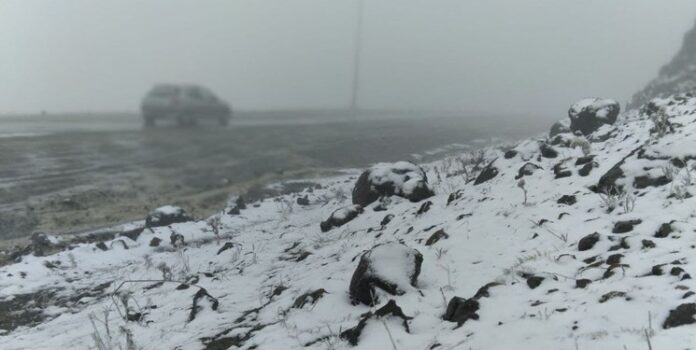 Early autumn snow has covered the heights of the northwestern Iranian cities of Ardabil and Khalkhal.

The snow downpour is now ongoing in the Khalkhal-Asalem and the Khalkhal-Pounel roads while a heavy fog has reduced visibility in those areas, causing problems for drivers.

The head of Khalkal’s roads department visited the Asal road. He said the roads in the area are frosty and this has made them slippery, which has slowed the traffic.

Marouf Khosravi urged drivers to have winter safety equipment at their disposal.

He added that road keepers have been deployed to the areas to help people.