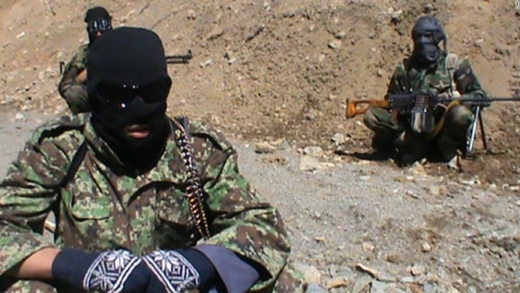 An investigation has been launched to determine to which country the helicopters belong, an Afghan senator said.

Two helicopters have dropped off a number of militants wearing Daesh uniforms in the Afghan province of Nangarhar, a member of the Afghan Senate has told the Islamic Republic News Agency in an interview conducted over the phone.

The following is the translation of a report the Iranian official news agency ran on its website on December 23:

A number of people in Tor Ghar, Nangarhar Province have contacted me to say that nondescript helicopters have airlifted Daesh militants there, Afghan SenatorHaji Lutfullah Baba said on Wednesday.

They asked me to follow up the issue and urge security and military officials to look into the militant movements which pose a threat to the security of the province and the entire nation, he said.

He went on to say that the people of Nangarhar are worried about security in the province. Deterioration of the security situation in Nangarhar, a major economic hub, will deal a body blow to the Afghan economy, he said.

He added that an investigation has been launched to determine to which country the helicopters belong.

A spokesman for the province of Nangarhar has confirmed reports that the choppers have dropped off men in black uniforms.

It is not the first time choppers are sighted dropping off militants in areas controlled by the opposition. Similar sightings have been made in Kunduz, Baghlan and Badakhshan.

Daesh has picked Nangarhar as the hub of its Afghan operations. The Afghan national security advisor has said that Daesh in Afghanistan has established structural links with their leaders in Iraq and Syria.

Some Afghan officials, though, accuse the National Directorate of Security (NDS) of failing to crack down on the terrorist grouping.

A few weeks ago, a vice-speaker of the Afghan House of Representatives alleged that government officials and the NDS support the Daesh terrorists.

A few days later, the vice-speaker responded to that call by saying that provision of evidence will result in the collapse of the national unity government.