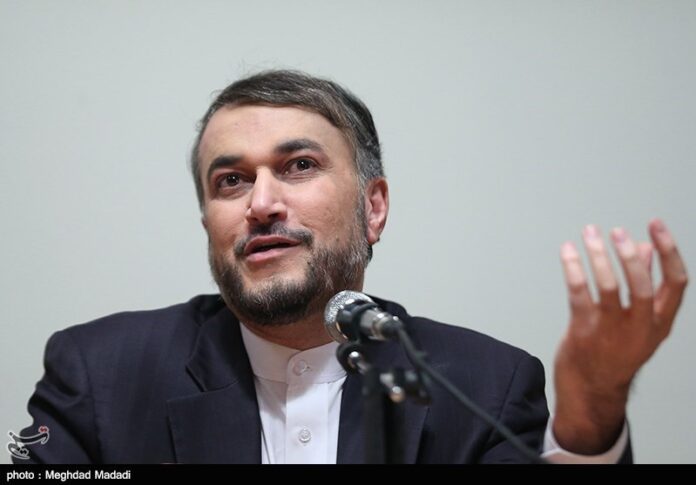 An Iranian deputy foreign minister took a swipe at Saudi Arabia for its attempts to make room for the notorious groups in Syria peace talks, stressing that the criminal terrorists will not be allowed to enter Syria’s political structure in disguise.

Saudi Arabia’s stubborn insistence on the inclusion of certain notorious terrorists in the Syria peace negotiations under the name of the opposition groups is an unconstructive approach, Deputy Foreign Minister for Arab and African Affairs Hossein Amir Abdollahian said on Sunday.

He made the comments in a meeting with the United Nations Special Coordinator of the Secretary General for Lebanon Sigrid Kaag.

Amir Abdollahian argued that the terrorist groups cannot have a role in Syria’s politics with a “new mask”, noting that the vast majority of Syria people are opposed to such imposed moves.

For her part, the UN diplomat said Iran can play a major role in helping find a way out of crisis in Syria.

Kaag also asserted that the crisis in Syria and the conflicts in Lebanon are interrelated, noting that settlement of crisis in Syria will greatly contribute to resolving problems in neighboring Lebanon.

Three rounds of UN-backed negotiations have so far been held in Vienna and New York on the situation in Syria since October. A fourth session is also scheduled to be held in Geneva, Switzerland, in late January.

The participating states, including Iran, are trying to work out a list of legitimate opposition groups, as opposed to terrorists, in Syria to engage in talks with the government in Damascus.

In the past four and half years, more than 250,000 people have died in Syria -overwhelmingly civilians- and around 4 million Syrians are now refugees in other countries. Around 8 million others have been displaced internally.