New Opportunities for Iran as Arab States Return to Syria 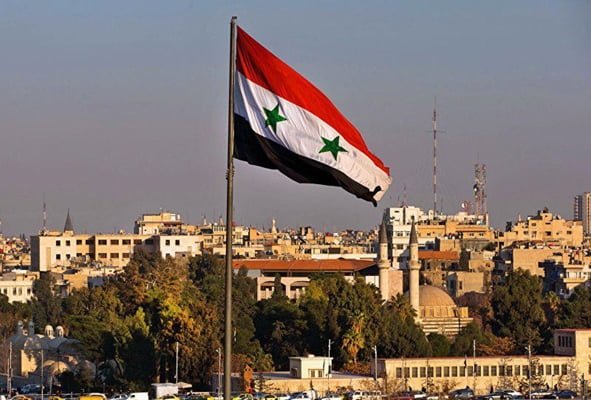 As more and more Persian Gulf Arab states are jostling to re-establish their diplomatic ties with Syria and play a role in the reconstruction of the war-torn country, observers maintain that the new trend provides Iran with a chance to turn the current threats into opportunities and play a leading role in the post-ISIS Syria.

In an analytical piece, Iranian political analyst Mohammad Babaee has argued that the reopening of a number of Arab embassies in Syria including that of the United Arab Emirates heralds a promising future for Syria’s reconstruction but the main question lingering in mind is that what advantages the trend could have for the Islamic Republic of Iran, a staunch ally of the victorious government of Bashar al-Assad.

“The main motivation behind the UAE’s decision to re-establish its diplomatic ties with Syria is bearing more animosity towards Qatar and Turkey rather than Iran. This comes as the three states used to be allies in their war against the Syrian government and entered the war with Syria with the main goal of inflicting a blow on Iran,” Babaee said in his article published by the Iranian Diplomacy website.

“The recent developments in the region including the election and overthrow of former Egyptian President Mohamed Morsi, the 2016 failed coup in Turkey, the rise of Saudi Crown Prince Mohammed bin Salman, the taking power of Donald Trump as the US president, the siege on Qatar imposed by Saudi Arabia and its allies, the Yemen war, the recent murder of the Saudi critic Jamal Khashoggi in the Saudi consulate in Istanbul, and Trump’s abrupt decision to withdraw US forces from Syria, all in all, have changed the politics in the region in which no player think anymore about overthrowing the government of Syria, and regional Arab states are even jostling for re-establishing ties with Damascus,” he noted.

According to Babaee, in a general sense, Qatar and Turkey on the one hand and the UAE, Saudi Arabia and Bahrain on the other hand have been standing as two major opposing blocs in Syria with other regional players like Egypt, Jordan, Kuwait, Oman, Iraq and Lebanon each playing a role.

“Iran is not concerned about Qatar’s role in Syria because the two sides’ relations strengthened after sanctions were imposed on Doha by its Arab neighbours over what was called sponsoring terrorism. This means that the more the tiny kingdom gets closer to Syria, the more money is invested in Syria’s reconstruction. The only concern for Iran comes from Turkey which seems determined to attract most of Qatar’s investments in Syria by siphoning them off to its own firms. Qatar has not yet decided to reopen its embassy in Syria and the delay may have been coordinated with Turkey,” he noted.

The analyst then referred to the UAE’s decision to reopen its embassy in Syria and said Abu Dhabi made history by its move in Syria but diplomacy seems more focused on further animosity towards Turkey and the Muslim Brotherhood rather than Iran.

In another word, he said, the UAE is seeking to turn Damascus into an anti-Muslim Brotherhood hub in the region particularly because Syria has never had friendly relations with the group and Turkey.

“In the next step, the UAE will try to reduce Iran’s influence in Syria through improving its ties with Damascus and dishonestly providing the war-torn country with further money. One point which should always be kept in mind is that the Arab states that played a key role in Syria’s destruction by spending hefty amounts of money are not determined to reconstruct the country by injecting more money into the state.”

But, the analyst says, there are three reasons which show Iran can turn the current threat into an opportunity.

Elaborating on the first reason, he referred to the relations between the Islamic Republic and Syria over the past four decades and particularly since the beginning of the war in Syria seven years ago and said Assad has never accepted to sacrifice his relation with Iran against Saudi Arabia’s tempting financial proposals.

“Syria’s independence serves as the second reason. Unlike the propaganda spread by the western media, President Assad is not under the influence of the Islamic Republic and makes his decisions independently. This contributes to Iran’s official statement of not interfering in the internal affairs of the regional sates. This shows that Iran is not after imposing its will on the regional allies and friends. But doubtlessly, they can count on Iran’s support in cases of emergency and with the latest regional changes, more and more states are moving towards the resistance front,” he added.

On the third reason, the analyst referred to the policy-making manner of Assad. According to Babaee, Assad has the capacity of establishing a harmonious balance between Qatar and the UAE’s role in Syria to cleverly provide parts of the investments desperately needed to reconstruct his country.

“But in general, the balance will end up in Iran’s favour due to its deep relations with Syria. During the reconstruction era which is expected to last for at least ten years, new economic ties will be created among the regional states in which Iran will have a leading role,” he concluded.