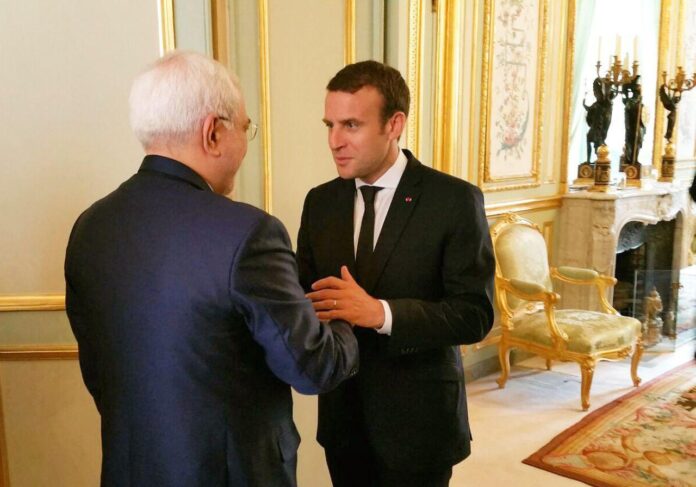 Iranian foreign minister and French president have discussed the latest regional developments and Tehran-Paris bilateral ties in a meeting held in the French capital on Friday morning.

During the meeting in Élysée Palace, Foreign Minister Mohammad Javad Zarif and French President Emmanuel Macron conferred on the expansion of mutual cooperation in various fields.

The two sides also exchanged views on the most important regional issues and international developments.

Zarif submitted a written message from Iranian President Hassan Rouhani to Macron, which, according to the Iranian minister, contained Rouhani’s views on Tehran-Paris cooperation and regional and international issues.

Speaking to IRIB in Paris, the Iranian foreign minister said during the ‘good’ meeting he had with Macron, the French president underlined his country’s serious resolve to boost economic cooperation with Iran.

“It is crystal clear that the new French administration is interested in further broadening ties with the Islamic Republic, and willing to have active presence in [resolution of] the regional issues,” Zarif noted, expressing Tehran’s preparedness to have close cooperation with Paris in such issues.

Despite different views between Iran and France on certain issues, there are multiple cases on which the two sides can work together, Zarif added.