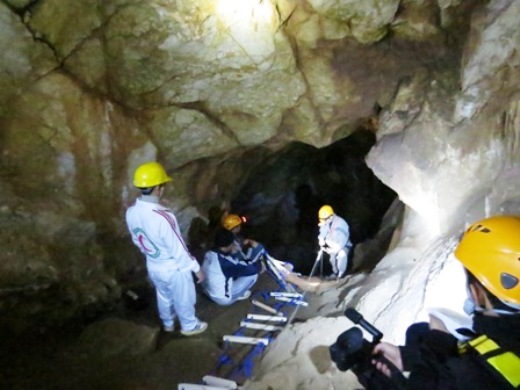 Head of the Red Crescent Society in Khaf Mohammad Amani said on Saturday that some 23 members of the society rescue operation division discovered a new 80-meter long cave in Bar-Abad in Sangan district.

It took about five hours for the rescue team to walk in and explore the new cave, he said.

Since the new cave is located in Bar-Abad Aldang, its name was registered as ‘Al-Dang’, he said.

The team is to continue its exploration journey with more modern equipment and facilities in the future, he said.

The city of Khaf is located some 267 kilometer south of Mashhad.

Over 200 caves have been explored and identified in Khorasan Razavi Province which is regarded as an ideal place to absorb adventure tourists.