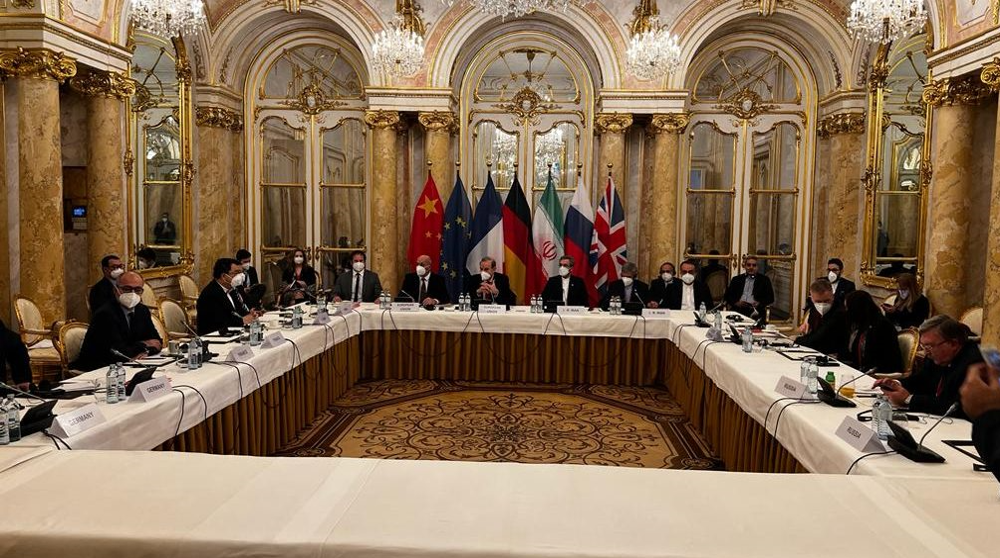 Negotiating teams from Iran and the 4+1 group are striving to narrow differences during talks in the Austrian capital, Vienna, mainly aimed at getting US sanctions against Iran lifted.

According to Iranian Students News Agency, ISNA, the negotiators have kicked off work on the proposed documents on the third day of the eighth round of talks.

Several meetings have so far been held in different formats with the focus being on the lifting of sanctions.

The documents proposed to the other parties by Iran in the seventh round of talks in two domains of sanctions removal and nuclear activities were based on the very same draft documents presented in the sixth round, with only some changes and revisions being added to them.

In fact, the revised documents were within the text and spirit of the 2015 Iran nuclear deal known as the Joint Comprehensive Plan of Action (JCPOA).

As reports suggest, although the climate of the talks is better than that of last week as parties have started reviewing Iran’s proposed documents, it seems some parties, namely the United States, are dragging their feet on efforts to help talks gain momentum.

ISNA adds It is true that negotiations are taking place between Iran and the 4+1 group of countries – Russia, China, Britain, France and Germany- and are running their course, but the presence of the US alongside other negotiating teams is necessary, too, especially with regards to the issue of sanctions.

So it is necessary that the other side, as a goodwill gesture, show its seriousness in the talks in the coming days in order to pave the way for the negotiations to move forward.

Meanwhile, Russia’s Permanent Envoy to International Organizations in Vienna Mikhail Ulyanov described the atmosphere of the negotiations as posivite.

“To my surprise, some analysts and journalists describe the situation at the #ViennaTalks as dramatic, “almost deadlock”. This is not the case in point. After the break, the negotiators returned to normal diplomatic business and maintain intensive dialogue. Atmosphere is positive,” he tweeted.