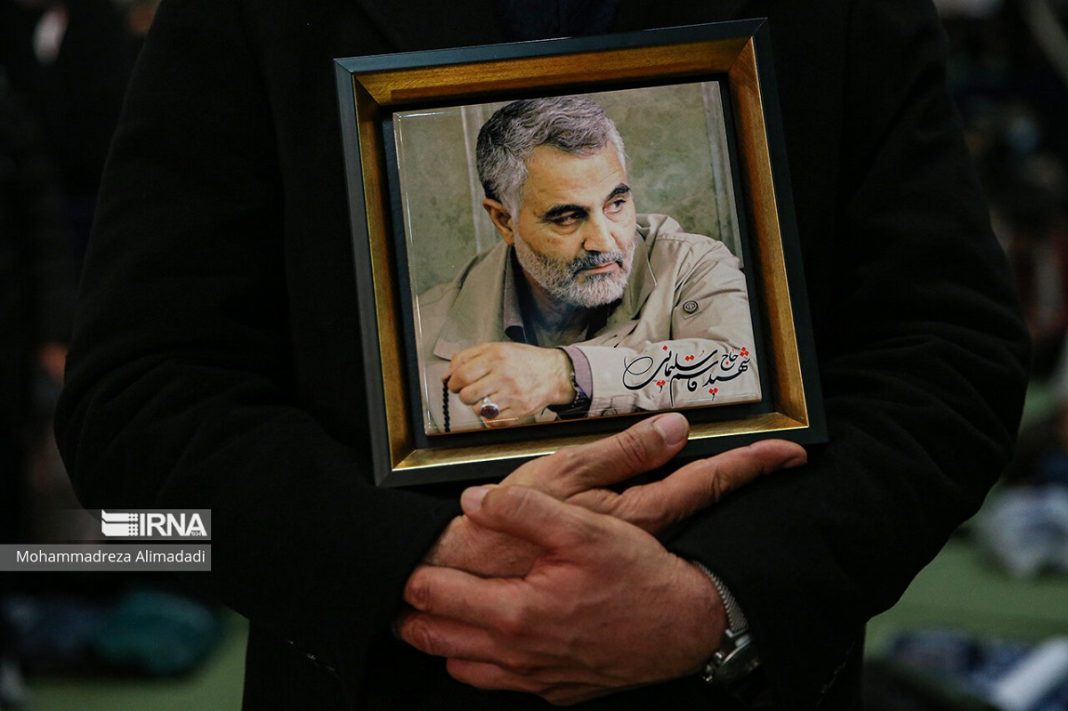 Sayyed Hassan Nasrallah made the remarks in a televised speech broadcast live from the Sayyed al-Shuhadaa Complex in Dahiyeh, south of the Lebanese capital of Beirut, on Tuesday while addressing a ceremony held in commemoration of the third martyrdom anniversary of Lieutenant General Soleimani, top Iraqi commander Abu Mahdi al-Muhandis and their companions in a US drone strike near the Baghdad International Airport on January 3, 2020.

Nasrallah offered his condolences to the families of the two distinguished martyrs, saying General Soleimani “turned into an inspiring symbol after his martyrdom,” and that “his funeral was the largest in history.”

The Hezbollah chief lauded the “great sincerity and high degree of piety” of the General Soleimani and stated, “Hajj Qassem was following the directives and guidance of Imam Khamenei.”

“Hajj Qassem was able, through his brainpower, planning, constant presence, and sincerity, to link the forces of the resistance axis, strengthen them and provide them with material and intellectual support through meetings and direct presence on the front lines,” he added.

Nasrallah noted General Soleimani and his companions confronted the US plot in the region, known as the “New Middle East” project, and the aim of their assassination was to break the resistance and weaken the parties to the axis of resistance in order to dominate the region and seize its oil and gas wealth.

“The first thing that Martyr Soleimani and other leaders and martyrs faced was the first version of the new Middle East project in Lebanon and Palestine,” Nasrallah continued, adding that the September 11 incident “gave impetus to the American project to enter Afghanistan and Iraq and approach Iran and Syria.”

The Hezbollah chief said, “The Iraqi resistance defeated the Americans and forced them to withdraw from Iraq and change the face of the region.”

“Those who launched the resistance campaign in Iraq are factions and sects, and Haj Qassem provided them with training and planning alongside Abu Mahdi al-Muhandis,” he stated.

Nasrallah said the purpose of the assassinations was to “break the resistance, terrorize the Iraqis, and weaken the parties to the axis of resistance in Syria, Iran, Lebanon and Palestine,” adding, “The assassinations were also meant to remove the most important strategic threat to the occupation entity.”

The Hezbollah leader emphasized, “The American project failed to achieve its goals and to subjugate Iran, Iraq, Palestine, Syria, Lebanon and Yemen, but rather launched new elements of power in our region.”

The US administration, under then-president Donald Trump, assassinated Lieutenant General Soleimani and al-Muhandis in a drone strike near Baghdad International Airport on January 3, 2020.

Both commanders were admired by Muslim nations for eliminating the US-sponsored Daesh terrorist group in the region, particularly in Iraq and Syria.

The US assassination drew a wave of condemnation from officials and movements throughout the world and triggered huge public protests across the region, with Iraqi lawmakers approving a bill two days after the attack demanding the withdrawal of all foreign military forces led by the United States from the country.