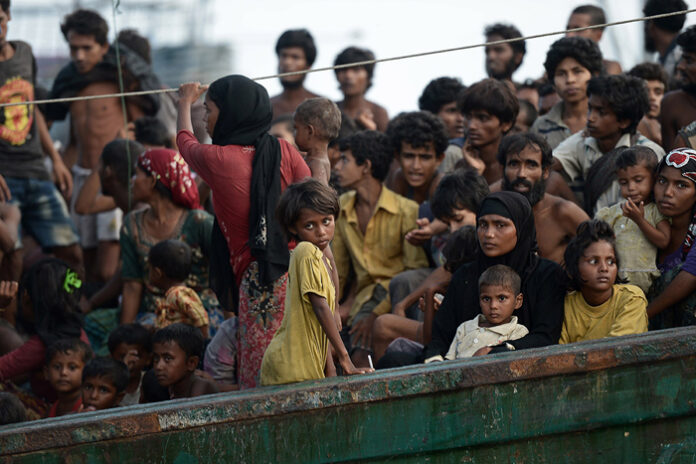 A political commentator says the Myanmar government is conducting organized ethnic cleansing against Rohingya Muslims in the country.

Political analyst Hossein Karimzadeh has, in a Farsi article published by Iran’s official news agency IRNA, elaborated on the root causes and objectives of the crisis in Myanmar. The highlights of the article follow:

Myanmar’s 60-million-strong population is a mosaic of around 150 ethnic groups. The Burmese make up 68% of the population, Shans 9%, Karens 7%, and the rest are other ethnic groups. In terms of religion, 89% are Buddhists, 4% Christians, 4% Muslims and 1% Hindus.

Since the early 19th century and following three major wars between the people of the country and British invaders, Myanmar gradually fell under Britain’s full domination and remained an official British colony until 1948. Ever since, Myanmar has seen long-term civil wars over ethnic superiority among different ethnic groups such as Christian Kachins, Rakhine Muslims, Shans, etc. as well as conflicts between the Chinese minority living in Myanmar and the government.

Myanmar is a rich country as far as economic resources are concerned, but it is lacking in management, well-organized manpower and effective technology to utilize human resources. Myanmar is the fortieth largest and twenty-fourth most populated country in the world.

Under the citizenship law passed in 1982, the minority Rohingya Muslims are not considered citizens of Myanmar. The law, which amounts to blatant apartheid, categorizes Myanmarese people into three groups: Full citizens, dependent citizens and localized citizens. In this respect, full citizenship belongs to only 135 ethnic groups such as Kachins, Kayahs, Karens, Chins, Burmans, Mons, Rakhines, Shans, Kamans and Zerbadees. Dependent citizens are those who cannot prove that their descendants lived in Myanmar before 1823, but can prove that their forefathers resided in the country after 1823 and applied for Myanmarese citizenship before 1948. The third group includes individuals who can prove one of their parents lived in Burma before the country’s independence from Britain in 1948. 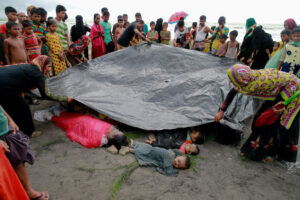 Under Myanmar’s 1982 citizenship law, the Rohingya are not qualified for citizenship and are regarded as foreigners. They are not allowed to travel without official permission, are not employed by any state or private institution, are not allowed to possess land, and are deprived of the right to use the official education system. When getting married, they must agree, in writing, to have more than one child. The Myanmar government has also tried to force the Rohingya out of the country. Some 800,000 Rohingya Muslims have been driven from the country so far.

In 2013, the UN introduced the Rohingya as a persecuted community as Myanmar laws strip them of nationality. This comes as some historical documents indicate that the history of the Rohingya’s presence in Burma goes as far back as the eighth century.

Myanmar’s military began its direct crackdown on Rohingya Muslims in 1978. The violence intensified in 1991 and 1992, and it has been going on as systematic ethnic cleansing since 2013.

Some analysts in Myanmar believe the conflict with the Rohingya is a conscious political move by the ruling elite to impose Buddhism on them. Still, some others say non-religious reasons are behind the crackdown. For example, they say, the Rohingya were an ally of Britain during Japan’s occupation of Burma in World War II when they formed a guerrilla army to fight the Japan-installed government in Burma. Numerous acts of violence and crimes were committed during that period.

The nationalist 969 Movement was established through guidelines by a group of senior Buddhist monks in the early 21st century, claiming it wanted to protect Burma and the Buddhism religion and to stem the spread of Islam in the country. The group drew up a draft plan seeking to push through legislation under which Buddhist women were not allowed to marry non-Buddhist men without the permission of local authorities. One of the leaders of the movement said the plan was aimed at protecting Buddhist women from being forced to convert to Islam when they married Muslim men. The movement set the stage for ethnic conflicts, the spread of violence and growing calls for a ban on conducting trade with Muslims and buying merchandise from Muslim shopkeepers. As a result, the plan was rejected and the 969 Movement was officially outlawed by the government.

General Gatot Nurmantyo, the commander of Indonesian National Military, said some time ago that 70% of global conflicts are aimed at gaining control of energy resources, including oil. The ongoing conflicts in the Middle East, too, are aimed at securing a grip on energy reserves. These conflicts are going on in Iraq, Libya, Saudi Arabia and Syria where most of the world’s petroleum production is centered. Nevertheless, countries interested to obtain oil do not get involved in wars directly; rather, they take advantage of local people to achieve their end. 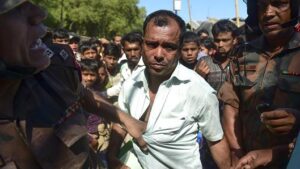 The top Indonesia general believes in 2056 when energy resources run out, a food and water crisis would emerge. So, from then on, water and food available near the equator would be targeted. Countries above the equatorial belt, with a total population of around 9.8 billion people, would target Southeast Asian nations for food. He believes Indonesia is one of the regions with huge natural resources, so a lot of countries would be eying Indonesia, which is rich in minerals and has a long coastline along with numerous food resources. The commander urged the people of his country to remain on the watch, band together and not allow the country to turn into a flashpoint of future conflicts.

Accordingly, it seems the West’s intentional disregard for the ethnic crisis in Myanmar and its efforts to blow the religious aspect of the crisis out of all proportion can be a trigger to blow up a powder keg of ethnic and religious tension in Southeast Asia. One reason to prove the West is fueling the flames of the crisis in Myanmar is that some Western countries wrote off around $6 billion in the Myanmar government’s debts as a reward after the country’s military had been killing and displacing Muslims in Myanmar for a long time.

It seems like instability, war and civil strife fueled by ethnic-religious tension and foreign backing are spilling over from the Middle East to Southeast Asia.

Time for UN to Take Action on Rohingya Plight: Iran