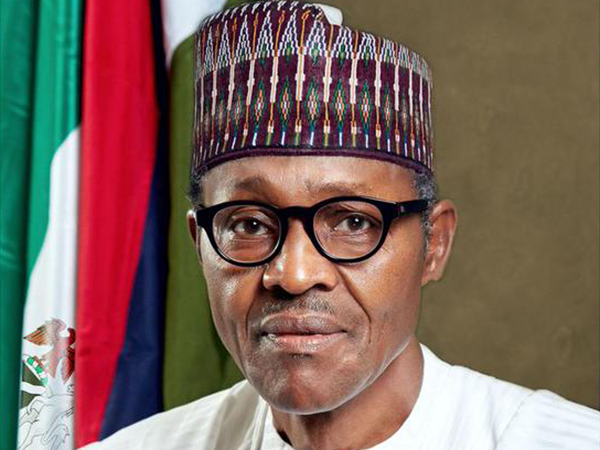 Iran lost a great revolutionary figure and the Muslim world an astute politician, said the Nigerian President Muhammadu Buhari in a letter to his Iranian counterpart on death of Iran’s ex-president Ayatollah Hashemi Rafsanjani.

Expressing his great sorrow at the tragic loss, he demanded President Rouhani to convey his heartfelt condolences and grief as well as those of the Nigerians to the Leader of the Islamic Revolution Ayatollah Seyyed Ali Khamenei — “who lost a confident and kind friend following the sad incident” — Iranian statesmen, and the family of the country’s late ex-president [Ayatollah Rafsanjani].

According to a report by IFP, the full text of the message is as follows:

To His Excellency Dr. Hassan Rouhani

President of the Islamic Republic of Iran

Peace, mercy and blessings of God be upon you

Last Sunday, I received the shocking and distressing news of the passing away of Mr Hashemi Rafsanjani, Iran’s esteemed ex-president and head of the Expediency Council, at the age of 82.

Your Excellency, please accept my personal condolences over the great loss. The ex-president was a great and influential politician. An architect of Iran’s Islamic Revolution and one of the most important and significant leaders of the country in the post-Revolution era, Mr Rafsanjani played a pivotal role in governing the Islamic Republic of Iran. At present, his loss has created a vacuum in Iran’s political and social atmosphere, the filling of which would be a herculean task. Iran lost a revolutionary figure and the Muslim world an astute politician.

Although he has gone, his memory, the services he provided his compatriots with and his lifetime achievements will be remembered for a long time.

Among the indispensable roles Ayatollah Rafsanjani played in laying the foundations of modern Iran as well as his accomplishments were taking part in the demonstrations of June 5, 1963 in Tehran, performing a significant role in many of the attainments of Iran’s revolutionary government, serving as the speaker of Iran’s first Parliament after the Islamic Revolution, being the country’s president for eight fruitful years, presiding over the country’s Assembly of Experts and chairing the Expediency Council.

His absence would be absolutely bitter and agonizing. I hope that god has mercy on his soul.

Please convey my heartfelt condolences and grief, as well as those of the Nigerians, to the Leader of the Islamic Revolution Ayatollah Seyyed Ali Khamenei — who has lost a confident and kind friend following the sad incident — Iranian statesmen and the family of the country’s late ex-president [Ayatollah Rafsanjani].

I supplicate God to bestow great patience to his household to endure the agony of this excruciating loss.

President of the Federal Republic of Nigeria 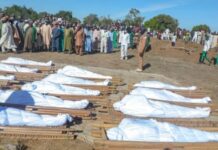 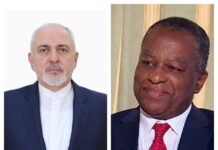 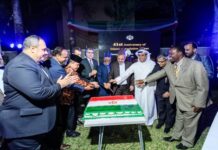 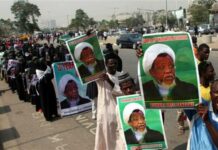