Muslim World Should Choose between Radicalism and Democratization: Academic 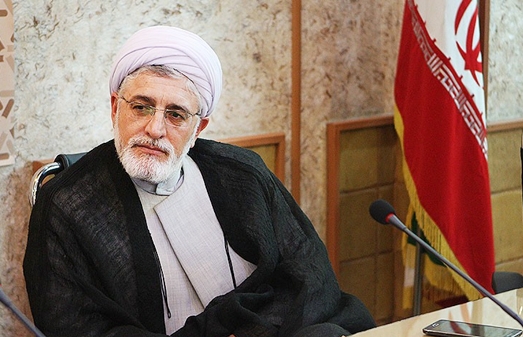 In a recent interview with Etemad daily, Davoud Feyrahi, a professor of political sciences at the University of Tehran, discussed the Tunisian version of Muslim Brotherhood, the Ennahda Party. In his view, it is forming a powerful democratic system based on religious principles, while keeping its religious and political activities separate from one another. This is the first part of the interview.

Etemad: With the advent of the Arab Spring in the Middle East and North Africa, many hoped for the beginning of democratization in such countries as Egypt, Tunisia, Libya, Syria, and Bahrain. The Muslim Brotherhood, as an Islamist group and a pioneer in Sunni democratic beliefs, made great efforts to form a powerful movement in a bid to take the democratic leadership of these countries. However, the rule of the Muslim Brotherhood in Egypt did not last longer than a year, and the group’s senior member Mohammed Morsi, the President of Egypt, was overthrown.

In Libya, domestic conflicts escalated so much that the country is still in critical and unstable condition after five years of crisis. Syria is gripped by a widespread civil war and an ongoing fight against ISIS terrorists, and Bahrain is still under the rule of a dictator. The only country that managed to succeed in democratization was Tunisia.

The Ennahda Movement of Tunisia, headed by Muslim Brotherhood affiliate Rached Ghannouchi, came to power after the Arab Spring and led the country for three years, and managed to guide Tunisia towards democratization by developing the country’s Constitution. In spite of various challenges, the Movement and Ghannouchi finally ceded power in a democratic way, which led Ennahda to be considered as an exception and as a role model in the Muslim world.

The 10th congress of the Ennahda party was held a few weeks ago. During the congress, Ghannouchi was re-elected as party leader; however, now in 2016, five years after the Arab Spring in Tunisia, he announced the choice of a different path for Ennahda. He chose Tunisia over the goals of the Muslim Brotherhood, and showed that Ennahda is not a party for the Arab world and Muslim Brotherhood; rather, it is a civil party for Tunisia alone. Back in April, he even wrote a letter to the Muslim Brotherhood Assembly in Istanbul, distancing himself from the central core of the Brotherhood.

Here’s IFP’s translation of the first part of Etemad’s interview with Hujjatoleslam Davoud Feyrahi on the repercussions of Ennahda’s new approach to Tunisia and the Muslim Brotherhood.

Rached Ghannouchi, the leader of the Ennahda Party, who was re-elected in the Party’s 10th Congress a few weeks ago, announced that he was going to separate the Party’s socio-political and religious activities, and work in two distinct phases. Do you think this is a new move or something which continues Ennahda’s previous actions?

Ghannouchi’s remarks were reported in the media in slightly different ways. Actually, no considerable change has been made in Ghannouchi’s words; he had noted that his party will have three phases of activities: The first step was to search for identity before the overthrow of Bin Ali and the popular revolution. The second step was to build a consensus and achieve public demand for the toppling of the dictatorship, as well as the transition of power to democratic bodies. And the last step was democratic activities inside Tunisia.

He further made a very important point, noting that Ennahda is a political, national, and democratic party inspired by Islamic principles. He also announced that, thereafter, the party will only carry out its political duties, and not the religious ones. The meaning of these remarks should be deeply investigated because they involve very important points.

In an interview made before the Ennahda Congress, he underlined that there was no room for activity after the Arab Spring. Isn’t that a change in his viewpoint compared with the past?

I don’t see any tangible change in his behaviour, because certain developments have occurred inside the Muslim Brotherhood movements, and hence the remarks made by Ghannouchi. Muslim Brotherhood movements have a number of main features: They work in different countries, but they always have supranational ideas and propagate unity among the Muslim world. It is also mentioned in Ennahda’s Constitution that the Movement is first looking for unity of African Arab states, then the entire Arab world, and finally the entire Muslim world. These are the basic ideas of Tunisia’s Ennahda Party.

Muslim Brotherhood movements were national movements with supranational attitudes, and this was the first feature of the Brotherhood. Their second feature was that they operated beyond the scope of a party; they were considered a society rather than a party. Therefore, during and after the Arab Spring, when they talked about democracy, they faced the challenge of how it is possible to work at the national level and at the same time maintain supranational activities and religious invitations.

In Egypt, we saw how the Brotherhood maintained their framework and, as part of their political activities, once again formed a party, the Freedom and Justice Party, under the leadership of Mohamed Morsi.

The same thing can be interpreted from the stances held by Tunisian President Beji Caid Essebsi. Essebsi said in the tenth Congress that Ennahda is an Islamic national democratic party, and is looking for a national government for the Muslim people of Tunisia. This was the idea proposed by Essebsi in his remarks.

That is why Ghannouchi’s words do not imply a change towards secularism. He never wants to secularize the Party. […] The entire Congress had a religious tone; even Essebsi as the President and leader of the Nidaa Tounes Party used religious words in his speech.

As Ghannouchi said, he intends to turn his party into a role model in the Muslim world. Can Ennahda become a role model?

In the critical conditions of the Arab world, Tunisia is an exception. Not only did it manage to establish stability, it also created democracy. Before the Tunisian Revolution, stability was always accompanied by dictatorship; whenever people moved towards democracy, society became chaotic, and the transition was disrupted. Tunisia, however, did not descend into domestic chaos in its transition to democracy; it rather moved towards a coalition democracy. The coalition was made between Islamists and non-Islamists, and this put an end to the existing authoritarianism.

This is similar to what existed in Turkey until a couple of years ago. They looked for a democratic version of a religion-government relationship. This is what Ennahda Party wants now. [Remarks from] the sidelines of Ennahda’s 10th Congress indicated that the Party members are also satisfied with such conditions. However, it is not clear yet whether the model is feasible in all countries or not. It is not clear whether the Brotherhood is capable of entering the political phase in different countries. The question is whether the Brotherhood will change its nature by entering such a phase. That is not clear yet, either. These are the doubts and paradoxes in modern Sunni and Brotherhood thoughts. […]

Through his words, Ghannouchi seeks to theorize what he has done practically. […] They have a democratic interpretation of Islam and believe that Islam as a religion is one thing, and the Muslim society as a political society is another thing, with its own special characteristics and a different logic. […] Ennahda is not only trying to maintain its religious base, but also wants to be active in politics and accept the logic of democracy.

Read the second part of the interview here .