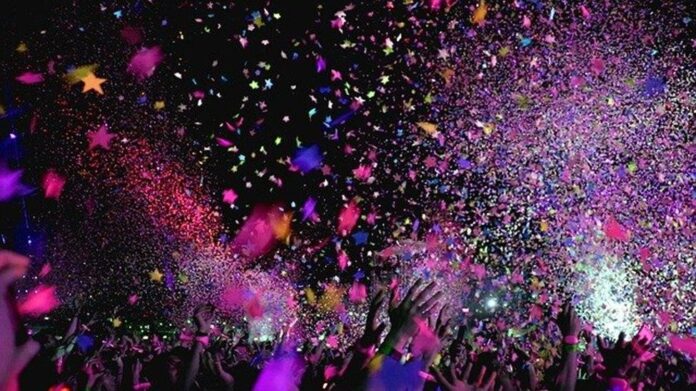 All over the world music festivals are a regular fixture of most cultures. The accord between the two dates back to ancient times into the modern world as music has gradually risen to become a universal language uniting people of all races, gender, and creed.

The rich entertainment value of music is such that makes it appealing to members of the society irrespective of their socioeconomic status. Whilst Iran has outlawed certain symbols of western culture, including gambling even if it’s online, it is home to a variety of religious, film, and music festivals providing ample opportunities for locals and tourists alike to soak in the contemporary Iranian culture. There are many reasons to love Iran and its rich musical and artistic heritage is one of the reasons to fancy the IRanian nation.

It is an annual music festival celebrating the beauty of arts and culture with a focus on music. It has a competitive atmosphere where musical groups cutting across different genres like folk and classical music and from different countries especially European and Asian countries take turns in entertaining the audience in the festival which spans a 10 day period. The event spans several days and is hosted in multiple cities aside Tehran, the nation’s capital in order to enable those within and outside the capital to bask in the euphoria of the festival. Aside from the music, there are other side attractions such as lyrics award and also a music and media awards ceremony to recognize those who have contributed significantly to the entertainment and media industry. The festival was inaugurated in 1986 and has since gained recognition by UNESCO based who prides itself as an affiliate of the annual event.

This is the pioneer festival of contemporary music in the Middle East which is a region with strong religious influences. The festival which kicked off in 2014 offers a fresh perspective to the genres of music hitherto popular in the region. Unlike other music festivals, the aim of this festival is not just to entertain but also to create awareness and stimulate interest in contemporary music in Iran. Just like the Fajr International Music Festival, the Tehran Contemporary Music Festival is international and enjoys performances from groups outside the nation. The festival features multiple events and the concerts are often separated into multiple categories hosted across different venues in Tehran. The peak of the festival is the acoustic performances of orchestras and soloists from Iran and other parts of the world.  The electro-acoustic sessions, sound installations help enhance the festival atmosphere during the course of the festival.

The Youth Music Festival or the National Festival of Youth Music is a celebration of young musicians in Iran. Just as the name implies, the festival unlike the other musical festivals in Iran is mainly for the youths as there is an age limit for those eligible to perform at the event. The age limit will be determined and advertised for musicians but is pegged within teenagers and young adults. The procedure is that interested artists will submit their applications prior to the date of the event after which the organizing committee will access the entries and determine the ones most qualified to perform based on the fixed requirements for the festival. For instance, since it is a national festival rather than an international, the organizers tend to consider applications from all the provinces in Iran and ensure each province is well represented at the festival. The term music and youth are almost complimentary for obvious reasons of strength and vigor. Iran has a significant youth population hence it can be unsurprising that participation and attendance figures for this festival will be high as applications by interested artists could be in thousands. Music genres such as dastaghi, folk and classics, and any other genre relative to the Iranian culture are highlighted at this festival. The aim is to promote Iranian music and encourage the musicians engaging in it. A team of experienced musicians will be engaged to access the musicians and their performances.

Music is life and is a piece of art we will all spend a sizeable part of our life appreciating. Art is qualitative and as such individual differences may factor in but with the plethora of music festivals in Iran, one or more of these festivals will almost certainly catch your attention. Tourists can win loads of free tickets to one of these experiences of a lifetime from one of the numerous sponsors of these festivals.