MP: IRIB’s push for a certain faction’s agenda will boomerang 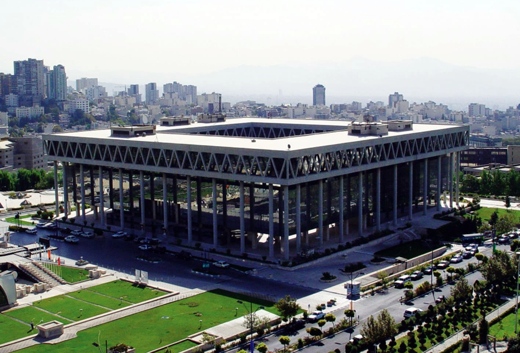 An Iranian MP has said that IRIB’s efforts to advance the agenda of one political group in the lead-up to the upcoming elections will backfire.

The spokesman for the Followers of the Leader [Rahrovan-e Velayat], a principlist caucus in the Islamic Consultative Assembly, has announced that the president of Islamic Republic of Iran Broadcasting (IRIB) will attend a meeting of the caucus’ central council on Sunday.

Safar Naimi Raz made the announcement on Saturday and added that the meeting will discuss the faults the Iranian MPs have found with the national broadcaster’s performance, especially its coverage of news on the Joint Comprehensive Plan of Action (JCPOA).

Khabaronline.ir on October 31 published a report on the announcement which includes remarks by another MP on IRIB’s performance and the need for its impartiality in the buildup to the upcoming parliamentary elections. What comes below is the translation of the report followed by an Iran Front Page note:

Abbas Ali Mansouri Arani, a member of parliament’s National Security and Foreign Policy Committee, stressed the need for the neutrality of the national broadcaster in the elections and said, “When IRIB takes a factional line, its decision will have an adverse result. The national medium should look at society in its entirety. It is expected to help people gain an insight, serve as a university which raises awareness [in society], and reflect different viewpoints.

“IRIB is also expected to adopt a standard approach and a regulated framework for the elections which are applicable to all people. When a piece of law which applies to everybody is enforced, dissatisfaction will reach the bottom of the barrel.”

Mansouri Arani further said, “Iranian people perfectly understand that IRIB is trampling upon their rights, that’s why they show opposition. What IRIB is doing [its unqualified support for a special political faction] will certainly backfire. The broadcaster has so far failed to achieve its intended result.”

The MP who represents Kashan in parliament went on to say, “Suppose there are five factions in our society. People see one, out of five factions, highlighted on TV. They would feel that the other four factions have been treated unfairly. Consequently, people help those [four] factions and cast their ballots for them, because the Iranian people are anti-injustice and always stand by the side which has been treated unjustly.

“If they sense it [IRIB’s biased support for one faction in the run-up to the 2016 elections], no doubt, they will definitely rally around the one who’s been subjected to injustice.

“By the same token, if IRIB continues this trend, it will make losses, so will the groups affiliated with the national broadcaster. The best option for IRIB is to pursue policies within a logical and fair framework.”

The biased performance of Iran’s state-run radio and TV organization in recent days has drawn strong reactions from certain political factions, even senior religious figures such as Ayatollah Nasser Makarem Shirazi, a top Shiite cleric based in Qom.

A few days ago the vice-president and director of the Environment Protection Organization wrote a letter to the IRIB president and lashed out at the way news on her organization is covered by the national broadcaster and accused IRIB of fueling [public] discontent with the Rouhani administration.

At the end of her letter to Mohammad Sarafraz, Masoumeh Ebtekar warned that IRIB is plunging into the trap of partisan bias and is turning into the mouthpiece of the Stability Front (a branch of the principlist front which lent all-out support to the previous government led by Mahmoud Ahmadinejad and virtually distanced itself from other political groups in the country).

Amid growing protest by political and religious figures [against IRIB], the news spread that parliament has summoned the IRIB chief over his organization’s performance. The Iranian parliament acted on a proposal initiated by its most powerful caucus which helped the Joint Comprehensive Plan of Action clear the Islamic Consultative Assembly and proved its sympathy and like-mindedness with the moderate government of President Hassan Rouhani.

This indicates that the scope of dissatisfaction with the showing of the country’s radio and television organization has gone too far and such dissatisfaction is most likely to compel IRIB to rethink its political stances.