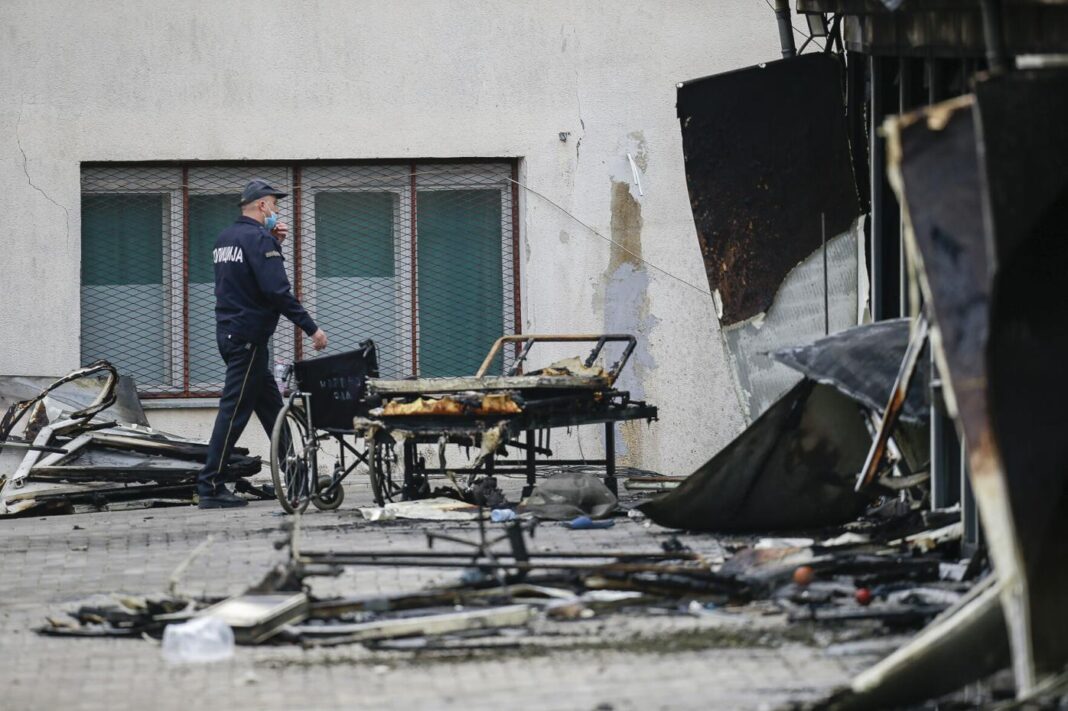 At least 14 people have died and many more were injured in a fire at a hospital treating coronavirus patients in North Macedonia, authorities confirmed on Thursday.

The fire broke out late on Wednesday following an explosion in a COVID-19 clinic in Tetovo in the northwest of the Balkan country, stated Prime Minister Zoran Zaev, who immediately headed to the town.

“A huge tragedy has occurred in the Tetovo COVID-19 centre,” Zaev said on Twitter overnight, adding, “An explosion caused a fire. The fire was extinguished but many lives were lost.”

At least 14 people died in the disaster, the prosecutor’s office later said in a statement, raising the toll from the 10 deaths confirmed overnight.

“Prosecutors have ordered autopsies to identify the bodies of the 14 people who died in the fire and we are looking into whether there are others dead,” the statement added.

The fire broke out as the former Yugoslav republic celebrated the 30th anniversary of its independence, with festivities in the capital Skopje, including a military parade.

The blaze destroyed part of the modular units recently built in front of the hospital to accommodate COVID patients.

Several hours after the disaster, people walked past charred containers while stretcher bearers went back and forth to rescue vehicles.