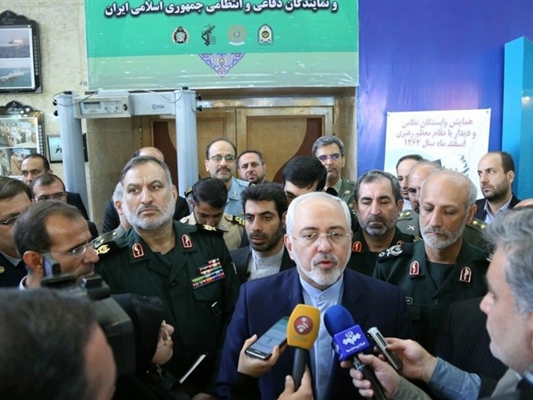 “Ms. Mogherini travelled to Iran on a special visit for exchanging views –not negotiating- about Syria, ending the clashes and finding a political solution to Syria(’s crisis),” Foreign Minister Zarif told reporters on the sidelines of a conference in Tehran on Sunday.

During the meeting, Iran expressed its views about the necessity for fighting off terrorism in Syria and reaching a political solution that respects the will of the Syrian people, he explained.

Mogherini arrived in Tehran on Friday night for talks with Iranian officials, focusing on the crisis that has beset Syria for nearly six years.

She also had a meeting with Iranian President Hassan Rouhani.