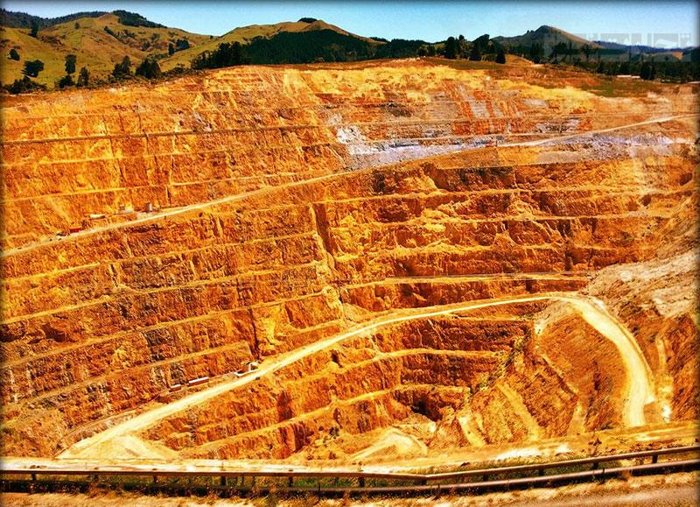 400 tons of iron ore, 500 tons of coal and 90 tons of gold were tapped into following the implementation of new exploration plans

According to a report by IRNA, as translated by IFP, the Iranian Mines and Mining Industries Organization (IMIDRO), together with the Geological Survey of Iran (GSI), have managed to tap into 400 tons of iron ore, 500 tons of coal and 90 tons of gold of Iran’s mineral reserves.

“IMIDRO’s new exploration plans, which were launched in 2014 with the goal of optimal utilization of Iran’s mineral potential, cover an area of 250 square km in the east of the country”, the Deputy Mine, Industry and Trade Minister said.

Mahdi Karbasian, who is also the chairman of IMIDRO, pointed to the growth of the mineral explorations and said, “Explorations have increased 2.5 times during the past 80 years. The development of Iran’s underdeveloped mining sector is a prelude to balanced development in Iran, since it can help wean the country’s economy off petrodollars.”

He continued, “The exploration activities began in the untapped mine of Sangan (South Khorasan) and extended towards the eastern parts of the country.”

“Exploring 25 areas led to the identification of 300 mineral-bearing structures in the country which could be an attraction for foreign investors”, he added.

According to Karbasian, the implementation of 74 exploration projects, (general, detailed and complementary), in different parts of the country have led to stupendous achievements in different mines, including deposits of iron, coal, poly-metal, gold, copper, antimony, lead, zinc, chromite, titanium, nickel, molybdenum, barite, phosphate and bauxite.

Karbasian continued, “The extraction of minerals such as potash, magnesium, and lithium … from the brines are among the schemes which are already underway. A 50% rise in gold deposits from the Zarshowan gold mine (in West Azarbaijan) is the output of the complementary exploration projects.

“Iran will be more than happy to have German and Canadian companies cooperate in its mining exploration plans. In the post-sanctions era, the attraction of foreign investment in the first place, followed by the transfer of technical knowhow, are among our priorities”, the Deputy Minister noted.

According to him, German and Canadian companies have already started mining operations and explored down to 10,000m below ground with the aid of satellite technology. This is while Iran had only managed to explore to a depth of 400m to 500m so far.

Karbasian went on to say that applying satellite technologies cuts down on exploration time and enhances quality. Investment in the mining sector ranges from excavations and exploration mines up to the value-added processed minerals.

The Chairman of the IMIDRO laid emphasis on the role of technology in accelerating mining operations, saying, “We’ve compiled accurate, factual information through 38 square km of geophysical explorations carried out in the provinces of Yazd, Kerman, and east of Isfahan”.

According to him, mining explorations usually require a span of five-to-six months, while foreign mining companies can provide this information in ten days.

Iran’s Minister of Mine, Industries and Trade Mohammad Reza Nematzadeh had previously announced that the maximum size of mining exploration used to be 40 square km. This figure has risen considerably with the aid of foreign prospectors. There are prodigious amounts of small mining areas, replete with mineral reserves, whose exploration licences will be issued soon.

He continued, “The Ministry of Mine, Industries and Trade has unblocked 17 square km of the country’s exploration areas and 80% of these mineral-bearing structures have been handed over to investors and prospectors.”