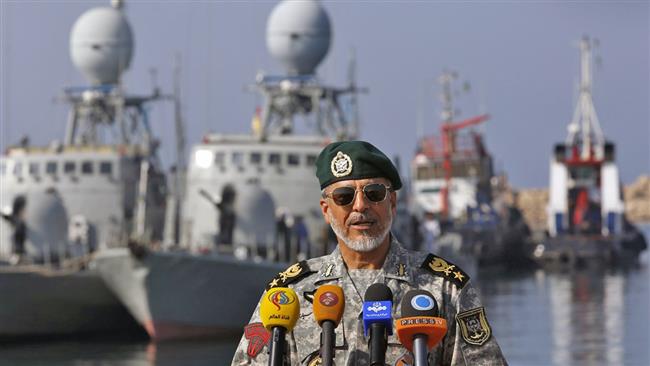 Tactical phase of big ‘Velayat-94’ maneuver commenced here on Wednesday in the presence of the Navy Commander Rear Admiral Habibollah Sayyari in this southeastern Iranian province.

The maneuver started work in eastern region of Strait of Hormuz in south of Iran.

The Velayat-94 war games have four phases and are being conducted in an area of three kilometers.

It also carries the message of peace and friendship to the regional states, Sayyari said.

As Sayyari said the maneuver aims to show Iranian forces’ strength both in ensuring security on the seas and in defending the country’s sea borders in Hormuz Strait, Sea of Oman and north of the Indian Ocean.