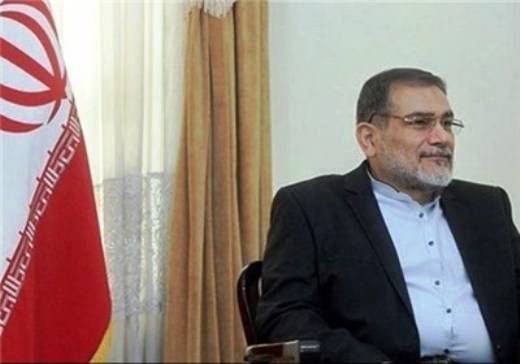 A senior Iranian security official said the treatment of ISIL terrorists at the Israeli hospitals is a clear sign of Tel Aviv’s link with terrorism.

“The medical treatment provided for the wounded terrorists from ISIL (the Islamic State in Iraq and the Levant) and Al-Nusra front at hospitals of the Zionist regime of Israel clearly shows Israel’s link with terrorism and the violation of UN Security Council resolutions,” Secretary of Iran’s Supreme National Security Council (SNSC) Ali Shamkhani said.

He made the remarks in a meeting with Iraqi Parliament Speaker Salim al-Jabouri in Tehran on Wednesday.

Reports show that several Takfiri terrorists have been recently transferred to Israeli hospitals for treatment. According to documents from Israeli hospitals, Israel’s army has paid millions of dollars for the costs of treatment to the foreign-sponsored terrorists injured during battles with Syrian government forces.

Shamkhani also referred to the failure of the so-called US-led coalition against terrorism, and said that resolving this regional and global crisis requires “goodwill and avoiding political and ethnical objectives.”

Al-Jabouri, for his part, hailed Iran’s significant role in maintaining security and stability in the region, and called ISIL threat a danger that should be eradicated through regional cooperation.

The ISIL militants made swift advances in northern and western Iraq over the summer, after capturing large swaths of northern Syria.

Since late September, the US and some of its allies have been conducting airstrikes against ISIL inside Syria without any authorization from Damascus or a UN mandate.

Meanwhile, a combination of concentrated attacks by the Iraqi military and the popular forces, who rushed to take arms after top Iraqi cleric Ayatollah Ali al-Sistani issued a fatwa calling for fight against the militants, have blunted the edge of the ISIL offensive.