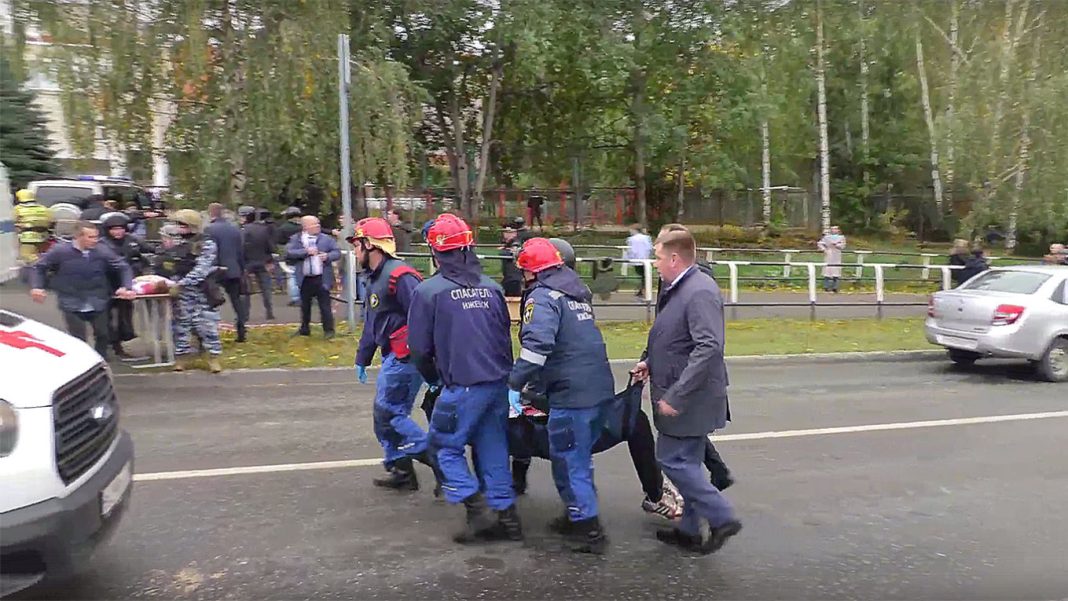 Thirteen people were killed and many others wounded as shots were fired at a school in the city of Izhevsk in Russia’s Urals region on Monday, Russia's Investigative Committee has confirmed.

The male suspect was wearing a ski mask and a black T-shirt featuring Nazi symbols, officials said. They added he died by suicide after the attack and his identity is currently being established.

At least seven of the victims were students at School number 88 in the city, which has a population of over 600,000.

The attack has left 21 people injured, including 14 children, according to the agency.

The suspect was armed with two nonlethal pistols that had been altered to fire live ordnance.

The school, where the shooting took place, has been evacuated, according to the education ministry.

Footage from the scene showed students and teachers running from the building, as well as victims being carried to ambulances on stretchers.

Photos from inside the classrooms where students had barricaded themselves during the shooting have also appeared online.

Izhevsk is the capital of the Russian Republic of Udmurtia, and is located near the Ural mountains, which divide Europe from Asia.