Many injured by Yemeni ‘drone shrapnel’ in Saudi Arabia 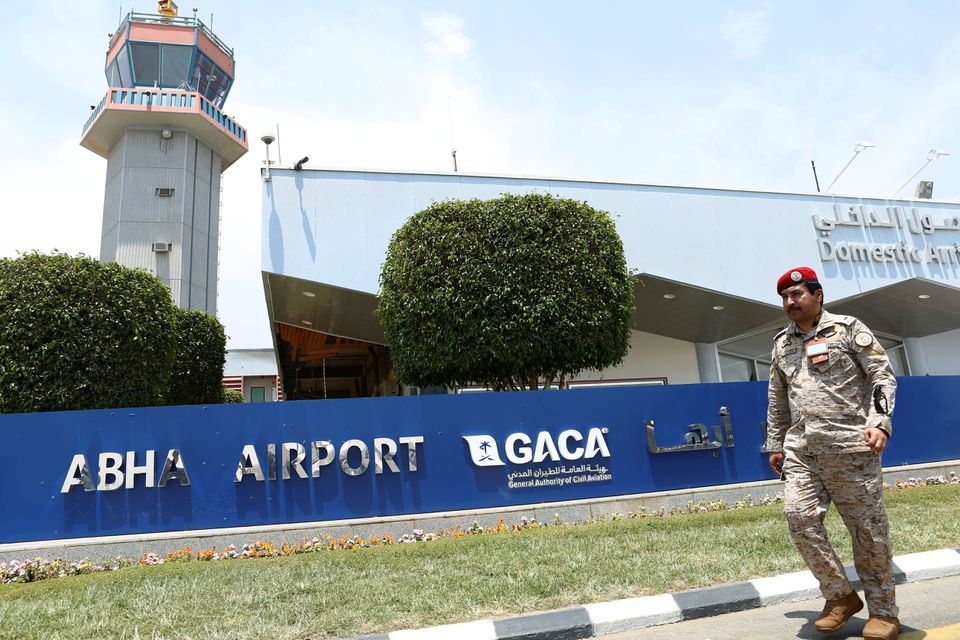 The Saudi-led coalition announced that 12 civilians at Abha airport were lightly injured by shrapnel from a destroyed drone launched by Yemen's Houthis, which fell nearby.

Saudi air defense forces have intercepted and downed a drone launched towards the airport, according to state-run Ekhbariya channel.

In recent weeks, the Houthis carried out several missile and drone attacks targeting the UAE, a member of the Saudi-led coalition that has waged a war against Yemen.

Also on Thursday, Yemeni forces announced they have successfully shot down a spy drone belonging to the Saudi-led coalition of invaders over the northwestern province of Hajjah.

In a statement, the spokesman for Yemeni Armed Forces, Brigadier General Yahya Saree, said the reconnaissance unmanned aerial vehicle (UAV) had been brought down by a surface-to-air missile in the skies of Hajjah’s Harad district.

The statement, carried by Yemen’s Arabic-language al-Masirah television network, added that the spy drone, which was of Chinese-made CH-4 type, had been performing hostile actions.