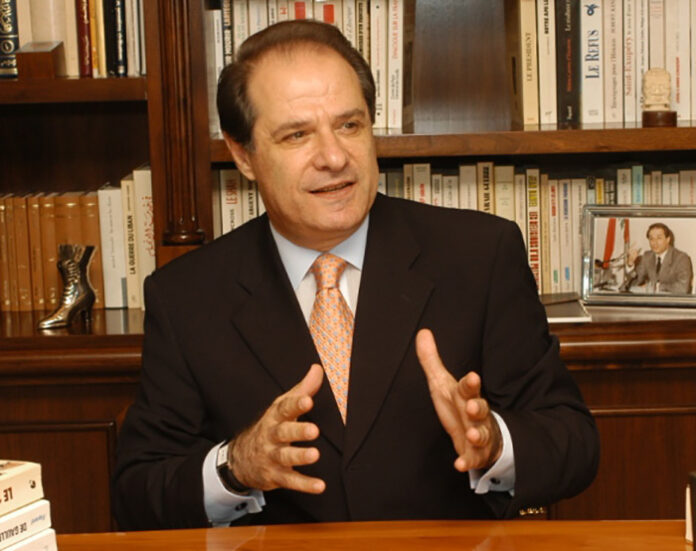 Lebanese Labour Minister Sejaan Azzi on Monday threatened to expel Swedes working in Lebanon if Stockholm follows through with its reported plan to deport dozens of Lebanese families.

In a message to Swedish Ambassador to Lebanon Peter Semneby, Azzi demanded an explanation over the Lebanese Foreign Ministry’s claim that Sweden was preparing to deport around 70 Lebanese families.

“If the deportation was legally unjustified, then Lebanon’s Labour Ministry will take similar measures against Swedish workers in Lebanon, whatever their occupation and status are,” Azzi said in a statement issued by his press office.

Reports circulated earlier this year that Sweden and Finland had decided to deport up to 100,000 immigrant workers who had been living in their countries for many years to make room for Syrian refugees.

Semneby flatly denied those allegations in June; however, Foreign Minister Gebran Bassil has continued to bring the issue up.

“Sweden has not deported anyone for the purpose of making room for new Syrian refugees, and will not do so,” Semneby said in a letter published in The Daily Star at that time.

In this regard, Azzi said his ministry was gathering the names of Swedes employed in Lebanon.

“We will take this measure against any state that doesn’t respect Lebanese expats, unless their presence is illegal or poses a security threat,” the statement added.

Azzi called on all Lebanese outside Lebanon to respect the rules and regulations in their countries of residence, especially those living in the Persian Gulf.

Bassil last week sent a message to his Swedish counterpart, Margot Wallstrom, warning that the matter of Lebanese being deported would have a negative impact on both nations.

Bassil called on Sweden to take into consideration the number of refugees Lebanon is hosting. “The Swedish government should also realize the reason so many Lebanese were forced to emigrate was due to regional and local instability,” the minister said.

Lebanon hosts the highest number of refugees in the world, per capita. There are more than 1 million Syrians registered with UNHCR, the UN’s refugee agency for Syrians, in the country.

About another 450,000 Palestinian refugees are registered with UNRWA, the refugee agency for Palestinians, in Lebanon.

In addition to the Syrian and Palestinian refugees, around another 30,000 Iraqi refugees are sheltering in Lebanon, according to the UN.