Leader of the Islamic Revolution Ayatollah Seyed Ali Khamenei highlighted the leading role that the Air Defense plays in safeguarding Iran, calling for efforts to unleash the potential of the country’s young talents and develop innovative plans in this field.

The Iranian Air Defense is at the forefront of protection of Iran’s dignity and existence, Ayatollah Khamenei said in a meeting with the Air Defense commanders and officials in Tehran on Sunday.

The Leader also admired the “very good jobs” that the Khatam al-Anbia Air Defense Base has done, describing them as a testimony to the “determination, motivation and capabilities” of local forces.

The key to removing the obstacles is the existence of “educated, prudent, courageous and tireless human resources” in the country, Imam Khamenei added, calling on the Air Defense to accelerate efforts and develop “new and innovative plans” to make Iran self-sufficient. 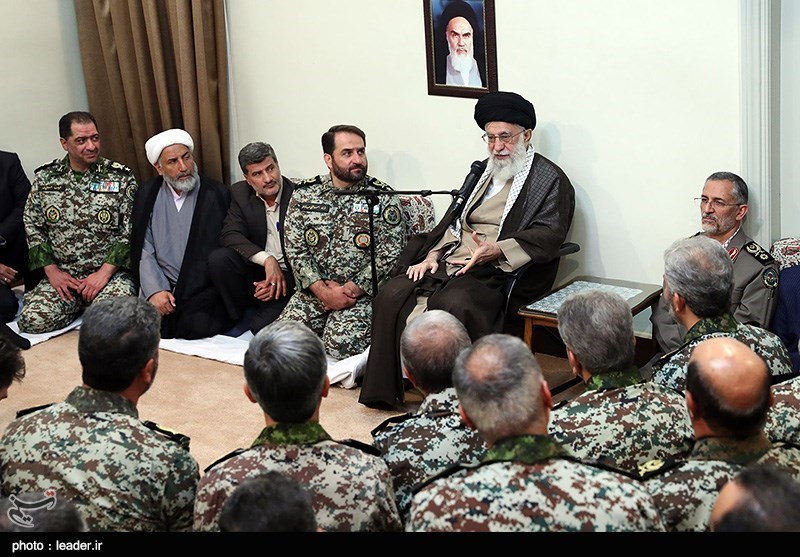 Ayatollah Khamenei also praised the close coordination between the Army and the Islamic Revolution Guards Corps (IRGC) in the Air Defense Base, and hailed the Air Defense’s cooperation with the Defense Ministry and the country’s universities and scientific centers in order to remedy any deficiencies.

In comments on Saturday, Chief of Staff of the Iranian Armed Forces Major General Mohammad Hossein Baqeri described plans to boost the country’s air defense capabilities as the number one priority, saying the significant progress in that sphere has turned Iran’s airspace into one of the safest in the turbulent Middle East region.