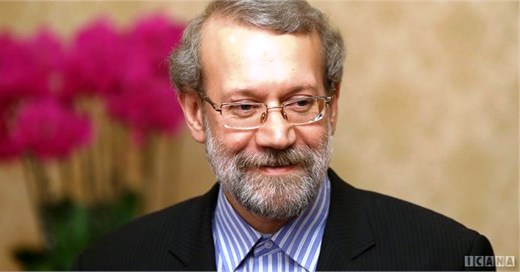 Iran's parliament speaker congratulates Jesus Christ's birth, saying violence and extremism are the main concerns of all nations and followers of divine religions.

Iran’s Parliament Speaker Ali Larijani on Wednesday congratulated his Christian counterparts on the advent of the new Christian year and the birth of Jesus Christ (Peace Be upon Him(.

“It is my pleasure to congratulate you and your revered colleagues on the blessed birthday of the Great Divine Prophet, the Jesus Christ (PBUH), and on beginning of the New Year”.

He said that the international community is more than ever in need of aspirations and values such as justice peace, brotherhood and faith in God which have been brought to humanity by the great divine prophets, and campaign against injustice, despotism and ignorance.

‘Violence and extremism are the main concerns of all nations and followers of divine religions, whose security, tranquility and freedom are seriously threatened in many parts of the world, especially the occupied Palestine, Africa, and West Asia.’

He further said that parliaments should strengthen cooperation and raise mutual understanding to make a better world and play a decisive role in the all-out progress and development of nation.

He said that parliament speakers can tap into cooperation to carry out their common responsibility to eliminate injustice and discrimination worldwide.