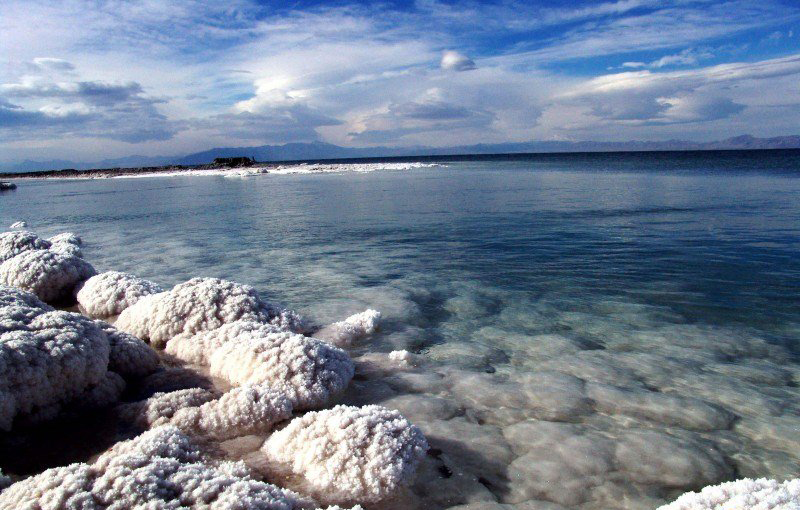 Following heavy rainfall in West Azarbaijan Province over the past several days, some 80 million cubic meters of water have flowed into Urmia Lake.

According to Kamran Daneshjou, director of West Azarbaijan’s Regional Water Company, this amount is expected to reach 100 mcm should the trend hold.

“The lake’s inflow in the past three days has been at 660 cm per second,” he told IRNA on Sunday.

The province’s dam reservoirs have benefited from showers as well. The water level in Boukan Dam, which occasionally feeds the lake, reached 724 mcm.

“The dam’s inflow has reached 680 cm per second and its level is still on the rise,” the official said.

Since the beginning of the current water year (started Sept. 22, 2016) up until April 14, Urmia Lake’s catchment area has received 241 millimeters of rain, indicating a 20% decline compared with the same period of a year ago and a drop of 9% compared with the long-term average.

The average precipitation across the province has seen a 22% decrease in the same period, from 319 mm last year to 249 this year.

The average rainfall in the current month has been registered as 63 mm across the province. It has been 67 mm, 115 mm and 42 mm in the catchment areas of Lake Urmia and Zab and Aras rivers respectively.

Despite government efforts since 2013 to restore the imperiled lake, Urmia Lake will most likely fail to reach an ecological balance by 2023, as it was planned, due to the drying up of funds for related projects.

Ecological balance is defined by researchers as a state of dynamic equilibrium within a community of organisms in which genetic, species and ecosystem diversity remains relatively stable, subject to gradual changes through natural succession.

Nevertheless, Isa Kalantari, a former agriculture minister and head of the Urmia Lake Restoration Program, is adamant that failing to meet the 2023 deadline “does not mean the program has failed”.

Set up in 2013 shortly after President Hassan Rouhani took office, the ULRP set out to stabilize the lake’s water level (Phase 1) before embarking on the more challenging task of restoring its water level to what it was more than a decade ago (Phase 2).