Kurds in Turkey Will Resort to Violence in Near Future: Expert 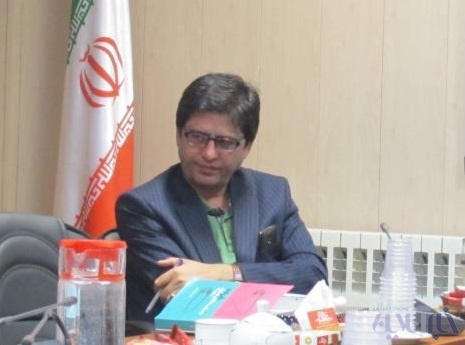 Javad Salehi, an expert in international affairs, says the developments in Turkey today will result in growing violence, particularly given the crackdown on Kurdish politicians.

Tension in Turkey has escalated following growing suppression of Kurdish policy makers. The arrest of two of the leaders of the Peoples’ Democratic Party, the pro-Kurdish party in Turkish parliament and ten more members of the parliament, have sparked harsh reactions.

Here’s IFP’s translation of excerpts from Khabar Online’s interview with Javad Salehi, a researcher at the Middle East Strategic Studies and Scientific Research Centre and an expert in Turkey’s affairs regarding the future of Turkey.

How do you assess Turkey’s domestic developments under such conditions? It seems the arrest of the leaders of the Democratic Party was in reaction to Belgian judicial system, which issued a scandalous ruling that Turkey’s clashes have something to do with the PKK within the framework of the armed campaign and it should not be treated through the law of terrorism.

It seems the conditions of the Kurds in Turkey can be investigated from several standpoints: First of all, Kurds’ resolve for identity is the topic on the table. It has been in effect for several decades following developments in Turkey. It started from militia standpoint to civil aspect. Changes in the international system’s atmosphere and internal developments in Turkey served as a ground for Kurds to feel that they will more easily and safely achieve their demands from civil points of view. After the capture of the PKK leader and his imprisonment, the civil front is more firmly promoted among Kurdish strata. Such a change in the identity-seeking cause results from several issues:

First of all, the highly difficult and heavy approach of the military towards them, which supports harsh approach in deal with Kurds. Secondly, a lack of balance between the cost and benefit exposed to them in the course of these developments. Thirdly, the changes and developments inside Turkey. The Justice and Development Party has prepared the ground for consolidation of the idea among a vast portion of Kurdish strata in Turkey.

However, what happened after the coup has been in a different direction. Kurds felt that they can extensively widen the scope of their justice-seeking side and deepen it in various sectors. Perhaps they can put the government under pressure, thus gaining more incentives. To this end, we have been witnessing visits to foreign countries of Kurdish leaders, including Moscow. This has not been welcomed in Turkey and a number of hardliners and nationalists take it as a betrayal.

The post-coup atmosphere in fact prepared the ground for settlement with a movement initiated by Kurds and Mr. Erdogan used it. The current atmosphere in Turkey should be interpreted as the sign of Kurds’ approach and harsh and authoritative response of government to the new identity-seeking gestures.

The Turkish government believes that Peoples’ Democratic Party acts as the political wing of the PKK. Under such conditions, to which direction is the state of affairs moving?

Surely, under these conditions, the mechanism Kurds have been using to attain the object has changed and the growing tension the Peoples’ Democratic Party has resorted to internationally, will not be ineffective in its growth. But in my opinion, under such conditions, Kurds’ strata will launch harsher campaigns against the government. This will cost dearly both for Turkish government and Kurds from partisan and non-partisan points of view. The most tangible result of such measures should be looked into in polarization of the society in Turkey in escalating tension in external view of Turkey.

However, Kurdish movement in Turkey in the post-coup era cannot be separated from such strata as the military. We should admit that under the current conditions, security is the top priority for the government in Turkey and the government and Erdogan try to manage it at any price, even if they would resort to merciless and crackdown measures and depriving envoys from immunity and their arrest and drastic encounter with the wings supporting them and their social strata.

Do you think that the civil campaign sought by Kurds would alter its direction towards an uncivilized campaign coupled with violence?

Definitely, with regards to the ongoing developments in Turkey, violence or growing violence and uncivilized methods will be on agenda. The parties, viewed as under-ash fire, might keep silent but in the near future, we will witness conflict between the Kurdish and non-Kurdish strata. It is of course possible to imagine lobbies and certain groups trying to manage the ongoing developments. However, the atmosphere is in general moving in that direction.

Will this force Turkey to step up its activities in Syria?

As for growing movements of Turkey in suburbs of Iraq and Syria, we have been witnessing that Turkey treats certain issues as red line. The impact of such an issue inside and outside will couple with certain strict measures. This is because, Turkey has a systematic approach towards the issue and it is not ready to make a distinction at least between them under present atmosphere.