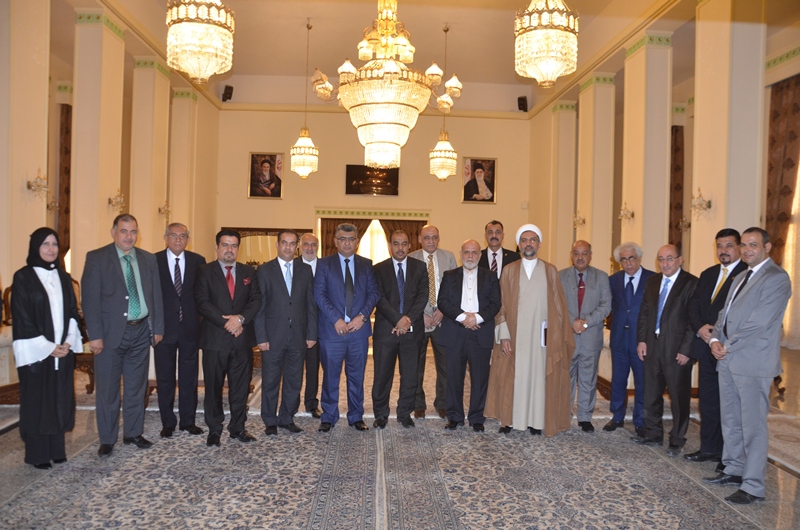 Iran’s ambassador to Iraq says the idea of holding a referendum on the Iraqi Kurdistan region’s independence from Iraq is detrimental to the Middle East.

In an address to a group of Iraqi leading media and elites in Baghdad, Iran’s ambassador to Iraq, Iraj Masjedi, stressed that the Islamic Republic has explicitly made it clear to the “Kurdish brothers” in Iraq that Tehran is totally against the idea of holding an independence referendum.

According to a Farsi report by IRNA, Masjedi said part of Tehran’s opposition is due to harmful effects of such a referendum on the lives of Iraqi Kurds.

“Our opposition is based on analysis of the realities on the ground because we believe that at present, Iraq’s Kurdistan has a stable and calm condition,” he said, adding the idea of an independence referendum will embroil Kurdistan region into the political, security and economic crises that Iraq’ central government is now grappling with.

He referred to Iran-Iraq joint fight against terrorism and said the Islamic Republic of Iran has paid a heavy price in the fight to protect its neighbour.

The ambassador of the Islamic Republic of Iran to Iraq also referred to the water crisis in the region and said the main bulk of the water flowing into Iraq come from Turkey and Syria.

He rejected as baseless any report saying Iran has deprived Iraqi people of the water.

Masjedi also praised the high-level of cooperation between Iran and Iraq and said the cooperation can be expanded due to the available capacities.

He also referred to millions of Iranian pilgrims who annually flock to Iraq to pay tribute to Shiite Imams buried in Iraq and said there is no similar case across the world.

He further noted that Iran and Iraq have established close economic and cultural relations with each other.

“To this end, Iran has exported a huge amount of gas to Iraq’s power plants and increased its annual trade volume with Iraq to $8m,” he added.

According to Masjedi, Iran and Iraq have various cultural commonalities including massive cultural and scientific cooperation.

During the meeting held on Monday, Iraqi elites and media representatives raised about 40 major issues in their questions about Iran and Iraq governments.

The two-hour meeting was organized by Iran’s cultural attaché in Iraq. It was the latest of a series of meetings aimed at exploring ways to expand relations between the two countries.