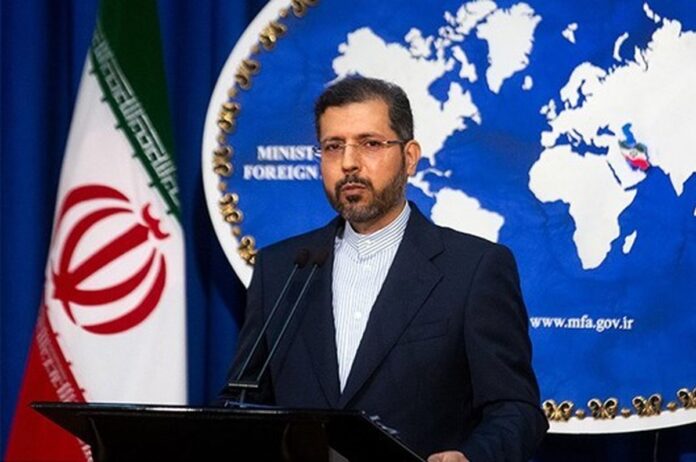 Iran’s Foreign Ministry Spokesman Saeed Khatibzadeh says three rounds of negotiations between Tehran and Riyadh have been held so far, but there were no new talks between the two sides in the recent summit in Iraq.

“No fresh round of talks was held with Saudi side in Baghdad”, Khatibzadeh told reporters on Monday in Tehran.

Some media outlets had reported that the two countries will hold new round of talks during the Baghdad conference on Saturday.

The spokesman added that “three rounds of talks” have been held between Tehran and Riyadh, and new ones will be held again if necessary.

There is no deadlock between Iran and Saudi Arabia that cannot be resolved, Khatibzadeh stated, noting that it requires political will and action in the capitals of the two countries.

He also stressed that Afghan people should decide about their future and no nation or group outside the war-torn country should interfere in the process.

He said Tehran welcomes the formation of an inclusive government in the war-ravaged country.

Referring to the recent shipment of Iranian fuel oil to Lebanon, he said “Neither the U.S. nor any other country is in a position to stop legitimate trade, It is a sovereign decision to sell our oil and fuel to any country or any customer.”

Khatibzadeh also stressed that Tehran does not hold any direct or indirect talks with Washington, and the nuclear deal does not need any mediator.

“The talks in Vienna are between Iran and the G4+1,” the spokesman stated, adding that Iran has not yet seen any change in US behavior so far.”