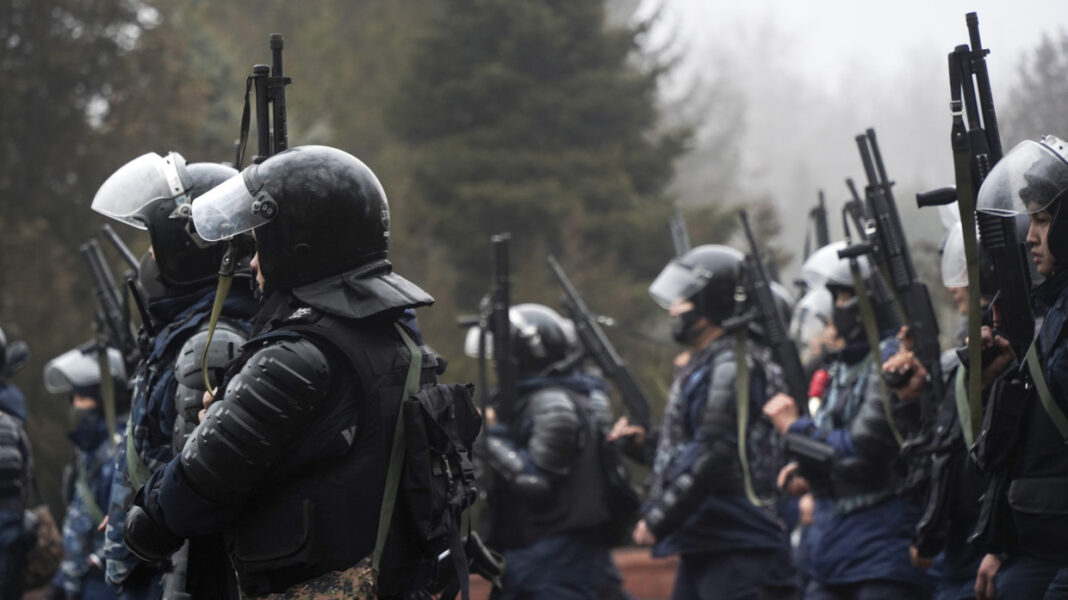 Spokesperson for Kazakhstan police says security forces prevented protestors from storming police buildings in Almaty on Wednesday night, adding dozens of protesters involved in the attacks have been killed.

Demonstrators tried to take over the force’s headquarters and several stations across the city overnight, police spokeswoman Altanat Avirbek said on Thursday morning.

She indicated that those attempts had been curbed, while “dozens of attackers were eliminated.”

“Their identities are being established now,” she added, without revealing any more details.

“Anti-terrorist operations” have been ongoing at three police buildings in the city, according to the spokeswoman, who urged residents in those areas to stay indoors.

During the night, several hundred troops also surrounded Almaty’s main square and engaged in a gunfight with a group of rioters. The security perimeter has since been removed, and the soldiers have left.

The military had been deployed in the city of two million people, the country’s largest, after a day of violence on Wednesday, which saw angry mobs overrunning government buildings, including the old presidential residence and the mayor’s office.

The airport had also fallen into the hands of protesters, but it was later retaken by security forces, according to reports. Shops, gun stores, banks, hospitals and other venues have been ransacked and looted.

Some 353 members of Kazakhstan’s law enforcement were hurt in the clashes with protesters in Almaty, 12 were killed, the Khabar-24 TV channel reported quoting the Almaty commandant’s office. More than 1,000 people have been injured as a result of mass disturbances in Kazakhstan, almost 400 of them were hospitalized, the country’s Health Ministry reported as quoted by the Khabar-24 TV channel on Thursday.

At least two law enforcement personnel have been beheaded during violent demonstration in the Kazakh city of Almaty, according to local media reports on Thursday.

Kazakhstani President Kassym-Jomart Tokayev has blamed the violence on “international terrorist gangs,” and appealed to the Russia-led Collective Security Treaty Organization (CSTO) for help in restoring order in the country. The bloc said CSTO peacekeepers will be deployed in Kazakhstan “for a limited period of time in order to stabilize and normalize the situation.”

The CSTO is a security treaty between six former Soviet states: Armenia, Belarus, Kazakhstan, Kyrgyzstan, Russia and Tajikistan, It runs along similar lines to the US-led NATO bloc. Azerbaijan was an original member of the organization upon its foundation in 1994, but withdrew in 1999. Kyrgyzstan came close to asking for the deployment of peacekeepers 2010, during clashes between the country’s ethnic Kyrgyz and Uzbek populations, but on that occasion the alliance did not agree to provide military assistance.

Protests across Kazakhstan, including Almaty, capital Nur-Sultan, Aktobe and other cities, started after the New Year. They were triggered by a two-fold hike in liquefied petroleum gas prices as the government stated it couldn’t afford to subsidize the widely used cheap fuel anymore. The initially peaceful rallies quickly turned violent and got out of hand.