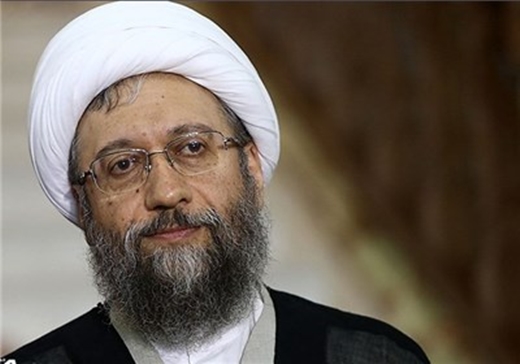 The Judiciary chief has lashed out at the West's double-standards on human rights and terrorism, saying terrorist attacks are the beginning of a coordinated move to spread Islamophobia.

Western countries view some terrorist crimes as “good” and some of them as “bad”, while terrorism is a bad and criminal phenomenon in any form, Amoli Larijani said.

“Terrorism should be dealt with honestly.”

The judiciary chief said the West’s double-standard attitude toward terrorism and their support for Israel’s state-sponsored terrorism against the innocent Palestinians were the key reasons behind the spread of terrorism in the world.

Amoli Larijani then referred to the terrorist attacks carried out in the name of Islam as a plot to spread “Islamophobia” in the world, and blamed the plot on Western countries and the Zionist regime of Israel.

“Such measures (terrorist attacks) are the beginning of a coordinated move to spread Islamophobia,”  he said, adding that after recent attacks in France the violence against Muslims and Islamic centers and mosques has been intensified.

Iranian officials have on many occasions warned Western countries against the repercussions of backing Takfiri militants and predicted that more terrorist attacks would target the West.

The remarks by the Iranian judiciary chief came after a string of terrorist incidents in France that took the lives 17 victims in three days of violence that began with an attack on the Charlie Hebdo satirical weekly on Wednesday and ended with Friday’s dual hostage-taking at a print works outside Paris and kosher supermarket in the city.