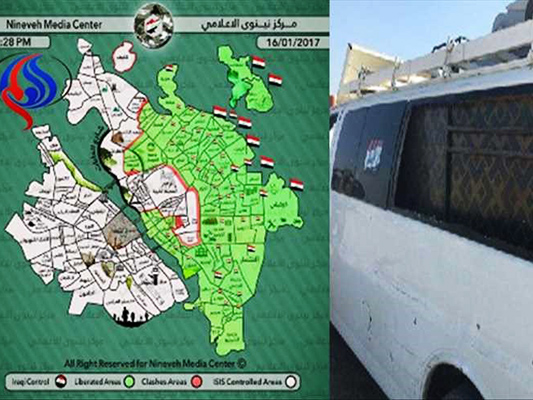 An Iraqi TV channel’s news crew were targeted by a drone belonging to the ISIS terrorist group near the tomb of Prophet Jonah in northern Iraqi city of Mosul.

According to a Farsi report by Al Alam, the ISIS drone attacked the news crew of Iraq’s Al-Ghadeer TV Channel somewhere close to Prophet Jonah’s tomb in Nineveh, which had been liberated by Iraqi forces in the earlier day.

The journalists’ car was damaged, but none of them were injured.

ISIS have been using drones to attack civilians in the liberated areas of Mosul with bombs and other explosive devices.

This may be some of the first instances of drones being used as attack vehicles, rather than its traditional use of surveillance.

“Until recently though there was little evidence they had developed their use further but a series of recent strikes has now confirmed that they have developed the capability to drop 40 millimetre grenades,” Telegraph said in a recent report.