Japan PM due in Iran to expand oil cooperation 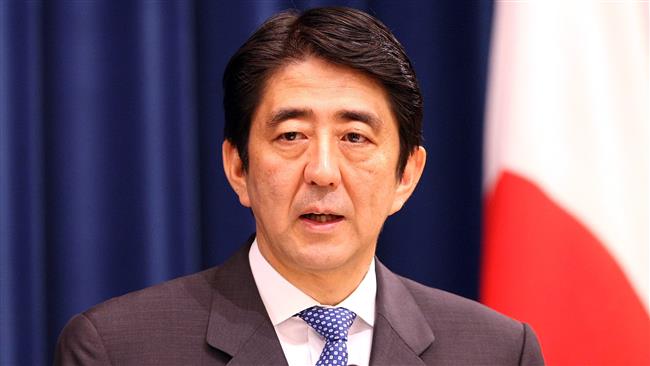 “There are grounds for cooperation between the two countries in oil refinery, LNG, petrochemistry, investment and projects financing sectors,” Zangeneh said in a Monday meeting with Katsuyuki Kawai, an adviser to Japanese prime minister, who is in Tehran at the head of a delegation.

He added that the current visit by Kawai and his accompanying delegation to Tehran is aimed at reviewing issues of mutual interest and making preparation for the Japanese premier’s trip to Iran in 2016.

Following the removal of nuclear-related sanctions against Iran in January, Tehran and Tokyo can speed up cooperation, particularly in the oil sector, the minister emphasized.

Zangeneh further added that the two countries can expand strategic relations in the energy sector and said the export of Iran’s crude oil to Japan can be among important fields for cooperation.

“We expect Japan and companies managed and overseen by the country’s government to boost Iran’s oil purchase to at least pre-sanctions level,” he said.

On January 22, the Japanese cabinet approved the lifting of its sanctions against Iran, joining the ranks of the world’s major economies to normalize trade ties with the Islamic Republic.

Japan was one of the key clients of Iran’s oil before the US-led sanctions were imposed on the Islamic Republic in 2012.  Iran also hosted several leading Japanese companies in its oil and gas projects before the sanctions were put into place to discourage purchases of oil from Iran not only by Japan but also by many other international clients.

The prospects for the removal of the sanctions against Iran encouraged Japanese officials to look for avenues to return to the previous status of oil relations with Iran.

Japan imported around 338.9 bpd of crude oil from Iran before the imposition of the US-led bans against Tehran in January 2012.