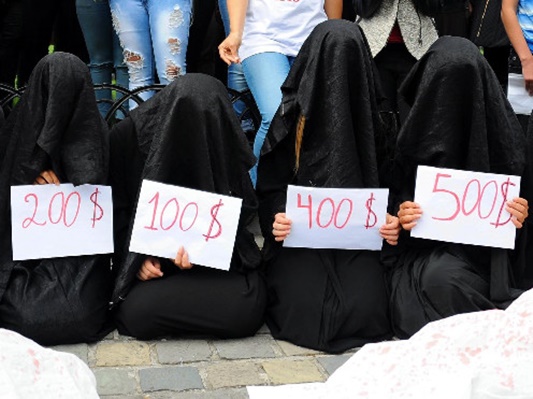 ISIS is selling Izadi girls and women on telegram and put them up for auction at prices around $7,000 to $7,500.

The ISIS terrorist group is selling Izadi [also referred to as Yazidi] women and girls on Telegram messaging app and outrageously put them up for auction.

According to a report by YJC, as translated by IFP, the following pictures show Izadi girls and women being sold on Telegram by ISIS terrorists.

The terrorists’ atrocities against innocent Muslims know no borders as they slaughter their men and sell their women disgracefully.

As it is seen in these picture [which are in Arabic], they had the audacity to release details about these girls and women such as their age, appearance, etc. and literally put them up for auction at prices around $7,000 to $7,500.

In 2014, the terrorists waged an attack on several Kurdish villages in north of Baghdad and captured a large number of Izadi girls and women there.

ISIS has also created groups on WhatsApp for the same shameful purpose. 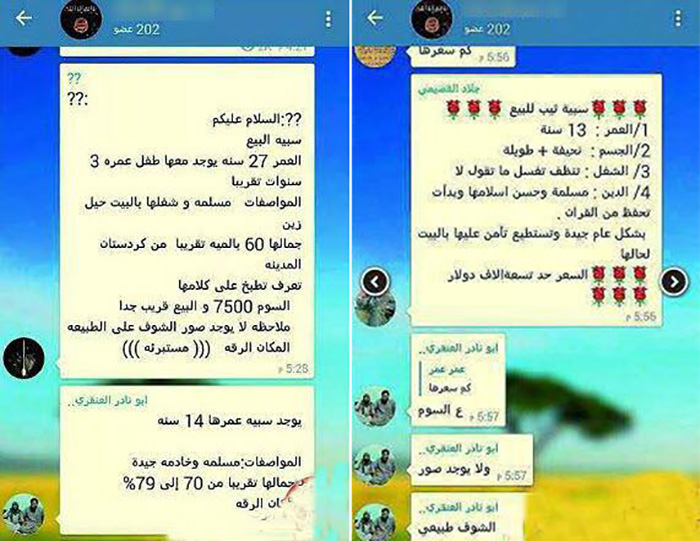