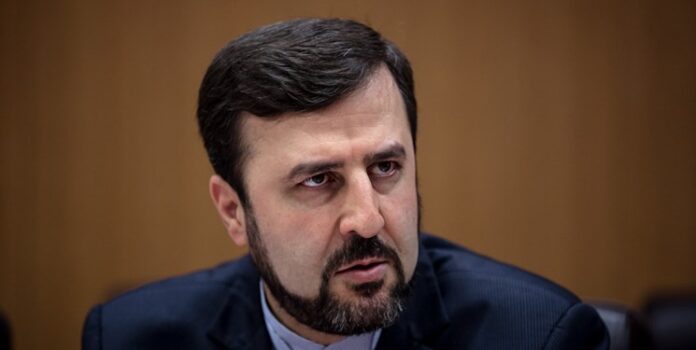 Iran’s ambassador to Vienna-based international organizations has reminded the Europeans of their responsibility to salvage the 2015 Iran nuclear deal with practical measures, hours after an official announcement that Iran’s enriched uranium stockpile has passed the 300 kg limit.

In comments on Monday, Kazem Gharibabadi touched on a report by the International Atomic Energy Agency (IAEA) that Iran has exceeded the limit on the amount of enriched uranium in its stockpile set out in the 2015 nuclear deal, stressing that Tehran’s move was in accordance with its rights enshrined in the Joint Comprehensive Plan of Action.

As mentioned in a previous statement from Iran’s Supreme National Security Council, Tehran has referred to the Articles 26 and 36 of the nuclear deal to uphold its rights under the JCPOA, the envoy added.

“It’s now Europe’s turn to take serious practical measures to save the JCPOA, if they really care about its fate,” Gharibabadi stated, noting that Iran may reverse its decisions if the European parties to the deal honor their commitments and ensure Iran’s oil sale and trade relations.

He further stressed that the Islamic Republic has acted transparently in reducing certain commitments to the JCPOA.

The Iranian diplomat then lashed out at the US for withdrawing from the nuclear deal and for imposing unilateral sanctions on Iran and the other countries meeting their commitments under the UNSC Resolution 2231.

Gharibabadi also expressed hope that the international community would join hands against the US bullying measures and not let a “flicker of hope for diplomacy and multilateralism in the contemporary era” go out.

The ambassador finally reiterated that Iran entered the nuclear talks and signed the JCPOA with “goodwill” and carried out its commitments completely, making a reference to fifteen consecutive IAEA reports that have confirmed Tehran’s compliance with the deal ever since it took effect.

Iran’s Foreign Minister Mohammad Javad Zarif announced on Monday that the country has increased the level of its low-enriched uranium production to over 300 kilograms.

The move came as part of a decision by the Islamic Republic of Iran to reduce some of its commitments under the Joint Comprehensive Plan of Action in reaction to the US violation of its commitments and the Europeans’ failure to live up to their obligations.

The Atomic Energy Organization of Iran (AEOI) first announced on June 17 that the country would speed up enriching uranium at the level of 3.67% and its stockpiles would exceed the 300kg limit within 10 days.