“Italy looks at the relations with Iran through a special view and has had old and durable friendship with an important country like Iran,” Rosato said during the meeting in Tehran on Saturday.

“Given the start of a new chapter in the relations with Iran on the international scene, we are willing to witness more fruitful and more direct policies,” he said, adding that the delegation is in Tehran to study possible avenues for widening relations and cooperation between the two states.

Velayati, for his part, welcomed the Italian parliamentary delegation’s visit to Iran, and said, “We still look at Italy as a country with a long record of friendship (with Iran) and therefore, we will open a positive account on the future of our relations with that country.”

The 10-member Italian delegation, headed by Rosato, arrived in Tehran on Saturday morning for a four-day visit.

The Italian delegation is scheduled to meet with Co-Chairman of Iran-Italy Parliamentary Friendship Group Javad Heravi, Parliament Speaker Ali Larijani, Chairman of the Parliament’s National Security and Foreign Policy Commission Alaeddin Boroujerdi and other Iranian authorities, including a number of Foreign Ministry officials.

In the last few months, the Islamic Republic has received a number of parliamentary delegations from different countries in line with Tehran’s policy to further bolster its foreign relations.

Last week, a French parliamentary group led by Chairman of the French Senate’s Finance Committee Philippe Marini arrived in Iran to discuss the promotion of economic ties between Tehran and Paris with a number of Iranian lawmakers and cabinet ministers.

In December 2013, an eight-member team from the European Parliament (EP) travelled to Tehran and met with senior Iranian legislators, including Larijani and Boroujerdi. The team was led by Tarja Cronberg, who  is a member of the EP’s Foreign Affairs Committee. 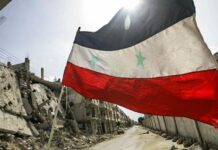