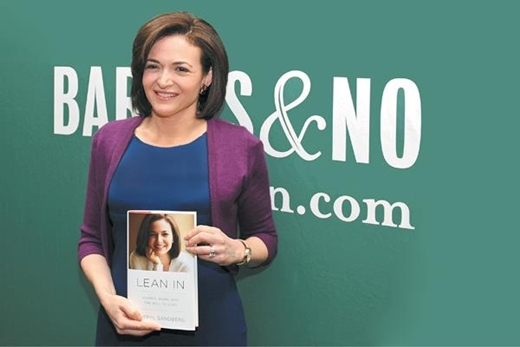 The translator of Lean In: Women, Work, and the Will to Lead by the CEO of Facebook says the book has useful pieces of advice for both men and women.

Women should reflect on the past, study the present and step forward, especially when it comes to areas they have failed to do enough in. They should do what it takes to change the status quo without fearing the judgment of others. This is the main advice of Lean In: Women, Work, and the Will to Lead written by Sheryl Sandberg, the chief operating officer of Facebook.

This attitude has been displayed in the book by real examples far from an idealistic mindset, something which makes it all the more gripping.

In its 123rd issue, Tejarat-e Farda (Tomorrow’s Trade) magazine ran a report entitled “Women in the lead” on the female face of Facebook and her best-selling book as well as the translator’s comments in his foreword to the translated version. The following is a free translation of the report:

A translated version of Lean In: Women, Work, and the Will to Lead by Hamid Reza Aryanpour has recently hit bookstore shelves in Iran. The book by Facebook’s number two was a bestseller in 2013 and a 2014 top-seller on management.

The book might be interesting for Iranian readers from different perspectives, among them:

* When writing the book, Sheryl Sandberg was No. 5 on the Forbes list of the world’s most powerful women. The 45-year-old CEO was 10th in the American business magazine’s 2014 list of the most powerful businesswomen.

* For Sandberg, the upward mobility has been a step-by-step process. Having two children, she has experienced failures in her personal life. The advice she offers suits persons of any gender and class.

* For years, she has been involved in efforts to break the glass ceiling and deal with managerial issues [to prove that women can make better managers]. She builds on the viewpoints of pundits, activists and researchers to document the existing professional and social questions.

* Her book features similar conditions which exist in many societies, including Iran where women – married or single – face obstacles the clash between traditions and modernity throws their way.

* Although the book focuses on women, men will find it helpful in two ways: it encourages society – as a whole – to end all manner of discrimination; it is also a book on management which can come in handy for everybody.

* In all, the helpful pieces of advice Lean In: Women, Work, and the Will to Lead puts forward can be used by all people in their professional and personal lives.

As you flip through the book, you should not forget that its female author stands head and shoulders above men in many respects.

“Whatever this book is, I am writing it for any woman who wants to increase her chances of making it to the top of her field or pursue any goal vigorously. This includes women at all stages of their lives and careers, from those who are just starting out to those who are taking a break and may want to jump back in.

“I am also writing this for any man who wants to understand what a woman—a colleague, wife, mother, or daughter—is up against so that he can do his part to build an equal world.” 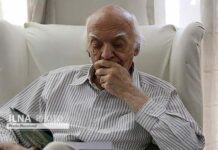