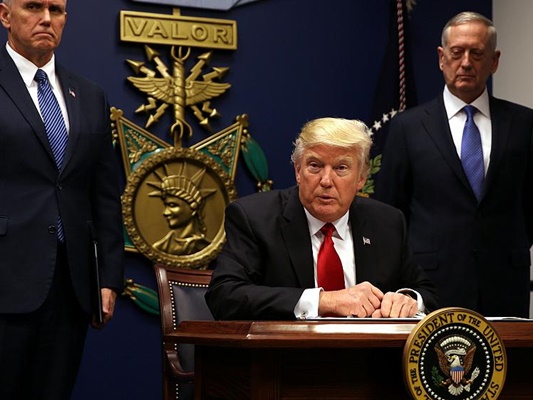 The US Embassy in Tel Aviv has declared that the Israeli nationals born in any of the seven countries listed in US President Trump’s executive order are exempted from the visa ban and can enter the United States without going through the ‘extreme vetting’.

“Travelers with an existing valid visa in their Israeli passport may travel to the United States, even if they are also a national of or born in one of the seven restricted countries (Iraq, Iran, Libya, Somalia, Sudan, Syria, and Yemen),” the US Embassy in Tel Aviv announced in a statement.

“Embassy Tel Aviv will continue to process visa applications and issue visas to eligible visa applicants who apply with an Israeli passport, even if born in, or a dual national of, one of the seven restricted countries,” it added.

“Final authorization to enter the United States is always determined at the port of entry,” the US embassy noted.

The majority of Israelis living in the occupied territories are Jews who have emigrated from other parts of the world to this place in a move to help occupy Palestine and stabilise the Jewish state.

Meanwhile, thousands of Zionists living in these territories had also come from the seven countries banned by Trump’s executive order, and the controversial visa ban could prevent them from visiting the US.