Israel to Be Annihilated in Case of Aggression against Iran: IRGC 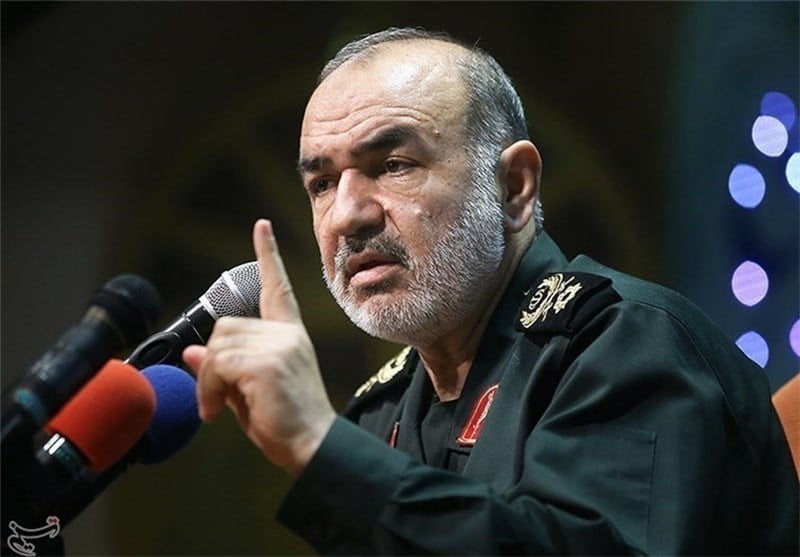 The lieutenant commander of the Islamic Revolution Guards Corps (IRGC) cautioned the Israeli regime against its “annihilation” in case of any aggression against the Islamic Republic, saying that Israeli airbases are within the reach of Iranian strikes.

Speaking at a gathering of worshipers here in Tehran on Friday, Brigadier General Hossein Salami addressed the Israeli officials’ recent threats and war rhetoric against Iran and said, “Listen, if any war happens, it will definitely be followed by your annihilation.”

“The smallest goal would be (ending) your existence,” he said, adding, “You cannot bear it. When your civilians and military forces escape, you’ll have no way but to the sea.”

“Don’t trust in your airbases, they are within reach and will soon be out of service…,” the commander stated.

“Hands are on the trigger and missiles are ready and will be launched at any moment that the enemy tries to carry out its sinister plot against (our) lands,” Salami noted.

On Friday, Netanyahu told a festive post-Independence Day cabinet meeting, “We hear the threats from Iran. The IDF and the security forces are ready for any development. We will fight whoever tries to harm us. We will not shy away from the price and we will exact a price from those who want to hurt us. The IDF is ready for the job and the people will stand strong.”