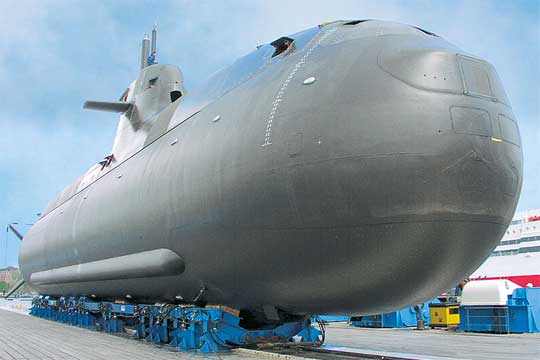 Defence Minister of Israeli regime says Tel Aviv had no other choice but to purchase submarine from a German company linked with the Islamic Republic of Iran.

According to a report covered by YJC, Defence Minister of Israeli regime Avigdor Liberman on Tuesday referred to the reports that a German shipbuilding company supplying submarines and warships to the Israeli Navy is partially owned by an Iranian governmental investment firm, saying Israel was aware of the connection before the deal was finalized.

A report published Friday by Hebrew-language newspaper Yedioth Ahronoth revealed that the state-owned Iran Foreign Investments Company (IFIC) holds 4.5 percent of ThyssenKrupp’s stock and has earned nearly $100 million in dividends off of its shares over the past decade.

In a meeting of Israel’s parliamentary finance committee, Liberman said that “the matter of Iranian involvement in the submarine manufacturer was known” prior to the signing of the 430 million euro ($480 million) deal.

“Israel had no alternative. The company has its management, and there is an administrative committee, and the involvement is very minor,” Liberman said.