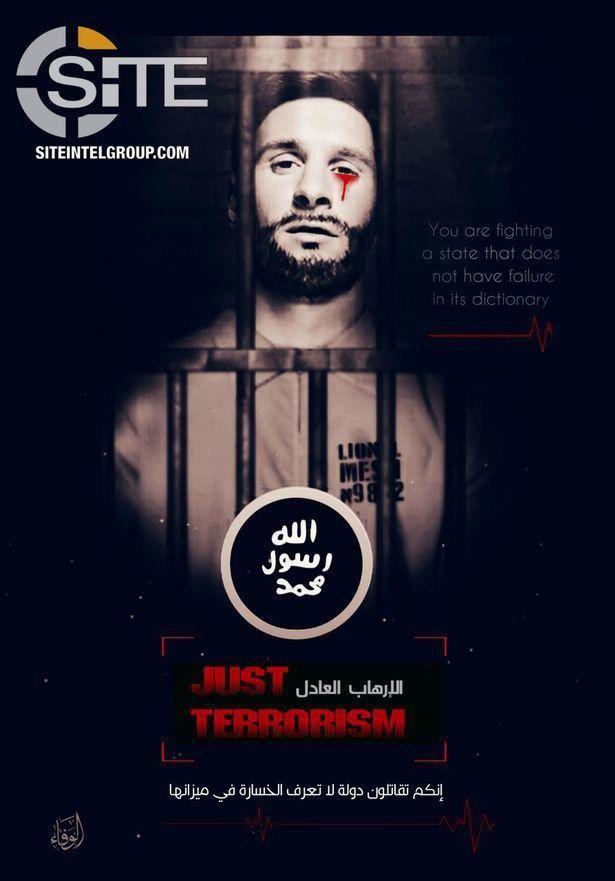 A propaganda cell of ISIS terrorist group has released a doctored image of Argentina and Barcelona talisman Lionel Messi, where he is seen crying blood, in a fresh threat to the 2018 FIFA World Cup in Russia.

The poster was released by a pro-ISIS media group called Wafa Media Foundation. It was discovered by the think tank SITE Intelligence Group, which tweeted the poster on Tuesday.

“You are fighting a state that does not have failure in its dictionary,” reads a message on the poster accompanying an image on Messi crying blood behind bars.

The poster also mocks Nike’s ‘Just do it’ catchphrase by replacing the words with ‘Just Terrorism’ below the Messi image.

Threats to next summer’s World Cup in Russia have previously been made by propaganda groups affiliated to the terror outfit.

ISIS had previously claimed responsibility for setting off a bomb outside the Stade de France on the night of the Paris terror attacks. France were hosting Germany in a friendly at the time of the blast.