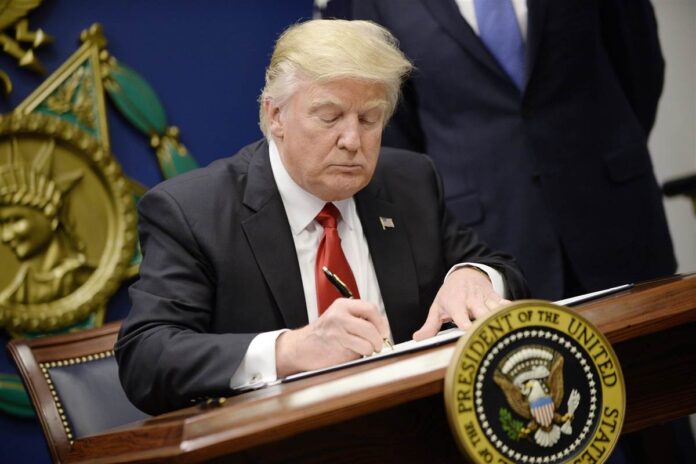 The revised version of Trump’s travel ban blocks visitors from six countries of Syria, Libya, Yemen, Somalia, Iran, and Sudan, but it exempts Iraq, the homeland of several renowned terrorists and extremists who are now allowed to apply for the US visa!

Under this so-called revised travel ban, Osama Bin Laden (founder of al-Qaeda), Abū Bakr al-Baghdadi (ISIS leader), Hibatullah Akhundzada (Taliban leader), and Ayman Mohammed al-Zawahiri (current leader of al-Qaeda) all can apply for a visa appointment at a US embassy, while Syrian child refugees​, ​Iranian PhD students, Somali and Sudanese humanitarian workers are all banned from applying for visa to the United States.

How many terror attacks have refugees carried out in the United States? Not a single one since the Refugee Act of 1980. ​This is because law enforcement agencies have done a terrific job of vetting refugees, a fact that Trump refuses to acknowledge publicly, Huffington Post reported.