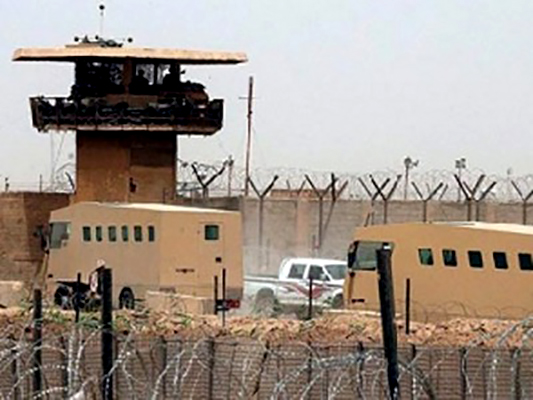 The ISIS (also known as ISIL and ISIS) terrorist group has used mustard gas during a military clash with Iraqi troops in northern city of Mosul, a report said.

The report added that the Takfiri group had also deployed small drones carrying chemical explosives to blow up the government troops.

On Sunday, the commander of Nineveh Liberation Operation, Lieutenant General Abdul Amir Yarallah, said in a press statement on Sunday that the 9th armoured division of the army had recaptured the village of al-Razaqiyah, and raised the national Iraqi flag over a number of buildings there.

Yarallah added that Iraqi government forces inflicted heavy losses on the ISIS forces during heavy clashes with the Takfiri militants.

Iraqi soldiers also established control over the village of Hawijah al-Hassan south of Mosul, located some 400 kilometres north of the capital, Baghdad.

Additionally, ISIS terrorists executed seven fellow extremists in central Mosul on charges of fleeing the battlefield. An informed source, speaking on condition of anonymity, told Arabic-language al-Sumaria television network on Sunday that the ISIS terrorists were decapitated with blunt knives as their hands and legs were cuffed.

The source added that the slain militants were accused of escaping clashes with Iraqi army soldiers and allied fighters from the Popular Mobilization Units in Kokajli district, which lies east of Mosul.

Iraq’s Joint Operations Command also announced in a statement that ISIS official in charge of military affairs, identified as Mohannad Hamed al-Makani but better known by the nom de guerre, Abu Aisha al-Bilawi, and a number of his foreign aides have been killed in an Iraqi Air Force strike against Yaramjah neighbourhood of Mosul.

The developments came a day after five high-ranking commanders of the ISIS terror network stole millions of dollars from the group and fled to neighbouring Syria.

Al-Sumaria television channel reported that the quintet, among them a militant identified as Abu Bara Kakhtani and responsible for the group’s treasury affairs, has left Mosul for the city of Tal Afar, situated 63 kilometres west of Mosul, and are planning to take refuge in the small town of Ba’aj next and Syria eventually.

The ISIS leadership has ordered a search operation to find the commanders and execute them.

After months of preparation, Iraqi army soldiers, backed by volunteer fighters and Kurdish Peshmerga forces, launched an operation on October 17 to retake the strategic northern city of Mosul from ISIS terrorists.

So far, a large number of villages and districts around the city, located 400 kilometres north of Baghdad, have been purged of the extremists.

Iraqi Prime Minister Haider al-Abadi has vowed that Mosul, once Iraq’s second largest city before ISIS militants overran it in June 2014, will be fully recaptured by year-end.